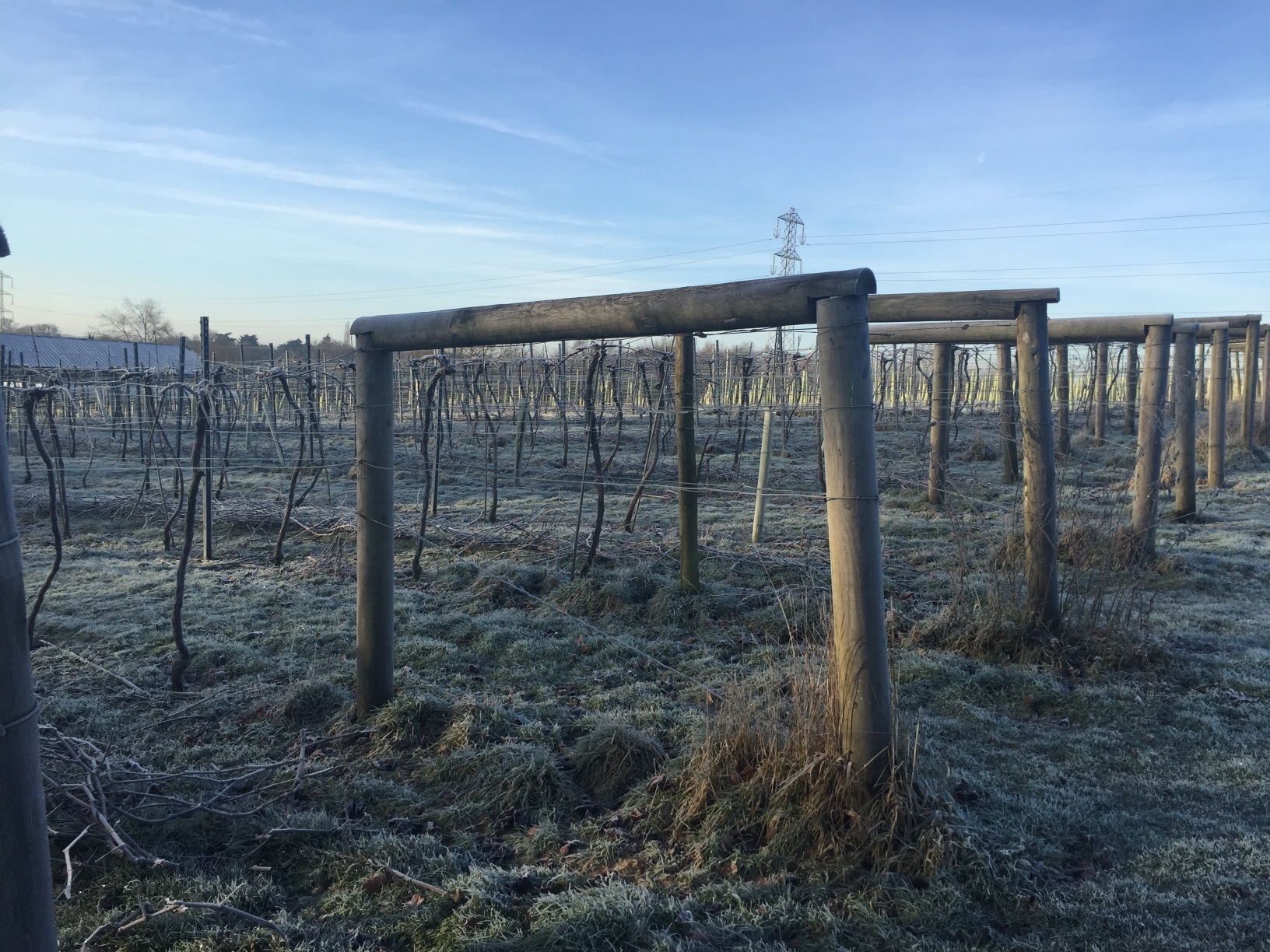 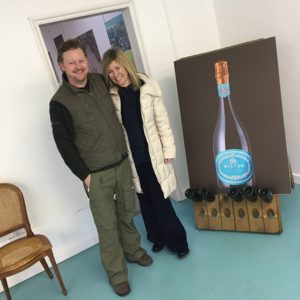 The cool growing environment, being between the 50-51 degrees latitude, does pose challenges; but chardonnay, pinot noir and pinot meunier are producing quality wines from carefully selected vineyard sites. Vineyards with a south facing aspect and longer daylight hours during the summer months attribute to a long ripening period in this marginal climate.

The geology of the vineyards in the south of England is rooted in the Cretaceous Period, which was 75 to 90 million years ago. A sea once covered the region creating layers of marine deposits, which help form these chalky soils, this was a vast area stretching from North Kent to Surrey.

The last Ice Age molded the areas’ hills, valleys and ridges that exist today and in some areas the erosion of the ancient seabed resulted in exposing greensand, a type of sandstone also containing marine sediment from the earlier Cretaceous Period. Both greensand and the chalk soils are desired soil types for the areas’ wine producers.

Currently, there are two PDOs for Great Britain: English Wine PDO and Welsh Wine PDO. The English PDO permits pinot noir, chardonnay, pinot noir precoce, meunier, pinot blanc and pinot gris in their sparkling wines. Wines made in the traditional method must also have minimum of 3.5 bars of pressure and nine months on the lees before disgorgement. The vineyards we visited averaged 15 months on the lees prior to disgorgement, with several at 18 months to several years, and used the more traditional grape varietals, chardonnay, pinot noir and pinot meunier. 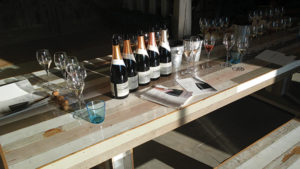 Sussex also submitted to Brussels in November 2016 for PDO status, which could take several years for implementation. The feelings seem mixed when discussing with different producers whether the creation of a Sussex PDO was a welcomed delineation, as some do source from more than one county, which helps spread the risk of weather through the region.

It is relatively easy to navigate to the different producers we visited directly from London. We chose, however, to stay in some of the very picturesque villages in the immediate area, as the traffic can pose an inevitable challenge.

With the population of London being quite close to the wine producing region and ironically Champagne’s biggest export market being Great Britain, British sparkling wine has huge domestic potential that has not been realized.

The youthfulness of this market and lost or small-yielding vintage due to weather currently limits the amount of reserve wines available to the winemakers. Non-vintage wines are produced, but sparkling wines with a vintage are widely available, but with a different reference than vintage Champagne. The vintners I was fortunate to meet are all committed to quality; some have even committed to do so via organic and sustainable practices, not an easy task.

However, the availability of British sparkling wine has been trickling into the U.S. It seems that will change in the near future, with almost all of the six producers I met with making their way into the U.S. market within the next 12 months. I can hardly wait!