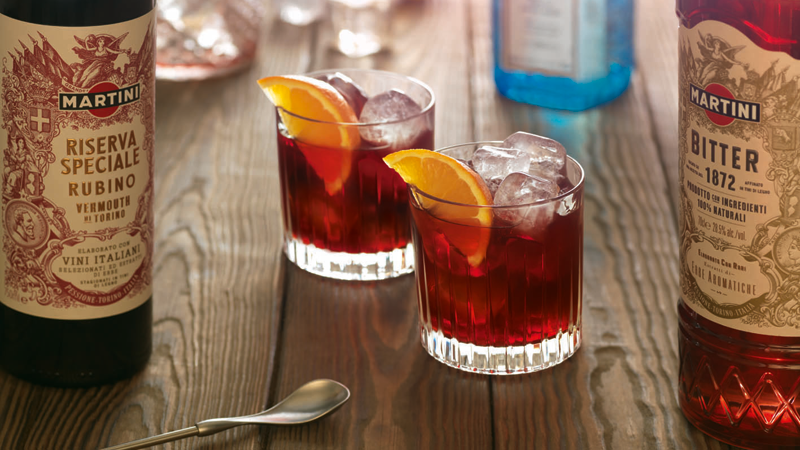 At home and behind the bar, spritzy and still, bitter amaros are being embraced 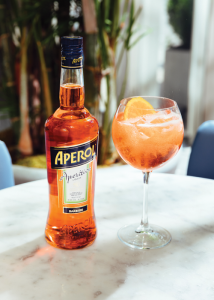 The Aperol Sprit has proven so popular that bars are spinning off variations, as is common with margaritas and martinis.

Nothing illustrates the rise of amaros (aka amari, plural in Italian) in the U.S. better than the dramatic growth of Aperol. At the start of the decade, the carmine-hued, citrusy, lightly bitter brand had even less impact on the U.S. bar world than Campari, which at that time was languishing at about 50,000 cases, a far cry from its own heyday in the 1980s. Aperol was a junior partner in the team, an afterthought, really, until the emergence of the Aperol Sprtiz.

Growth since then has been stratospheric. The company reported last year the brand grew by more than 40%, and for the first quarter of this year, it was up almost another 20%. Based mostly on the brunch favorite Spritz—Aperol, sparkling water and Prosecco—the brand has been the biggest beneficiary of the turn to more full-flavored and bitter ingredients in the cocktail world.

The proliferation of both imported brands returning to the U.S. after a long absence and the introduction of new brands from both here and abroad has fed into the growth. Both Angostura and Peychaud’s, the longtime aromatic bitters producers, in the last couple of years introduced their own potable versions aimed at bartenders. And just this August, Martini & Rossi launched their Riserva Speciale Bitter. Many of these have found a market not only among bartenders but also home cocktail enthusiasts. 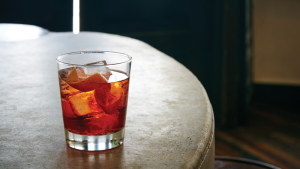 The importance of bitter-edged cocktails can be found at places like Sable Kitchen & Bar in Chicago, which stocks about 25 amaros and where fully half of the cocktails listed at any one time are likely to include them, says Head Bartender Mike Jones.

Jones says amaros have been go-to ingredients for his bar staff for a number of years, by now so ingrained they’ve flipped the model from strong spirit with modifying amaro. “My approach to a cocktail now is to start with them as the base and build on the flavors to complement or contrast.” This approach helps create more flavorful and lower-proof cocktails, something the industry as a whole has been embracing lately.

Elsewhere in Chicago, the summer of 2017 found some relatively new uses for amaros—frozen. Arbella in Chicago’s River North unveiled their nitrogen-frozen cocktail lineup including Fool’s Gold (mezcal, pineapple and a Mexican amaro) and a Negroni variant. And the frozen Fernet Daiquiri made its appearance at Eight Bar Patio at Maple & Ash Steakhouse. 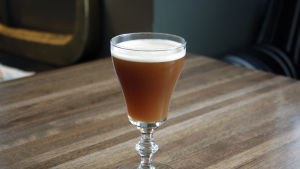 The Wooden Nickel at Sable Kitchen & Bar in Chicago is based on single malt Scotch and Ramazotti Amaro.

For Travis Oler, Beverage Manager at the southern French/northern Italian New York City restaurant Italienne, building on the spritz’s popularity has been a way to introduce potentially reluctant customers to the more bitter trend. In addition to a digestif cart wheeled through the dining room, Italienne recently included spritzes made with Cappelletti and another with Nonino, as well as stronger cocktails like the Cocozza Group (bourbon, Ramazotti, crème de cacao and orange bitters), and the Bank Note (Scotch, ginger syrup, the mild cardoon-based Cardamaro and seltzer).

Oler says sweeter and milder amaros like Nonino and Cardamaro are easier to work into cocktails, especially in lighter drinks like spritzes, compared to the astringent Fernets of the world. Jones agrees, suggesting the more baking-spice-focused brands like Averna and Ramazotti have lots of applications.

The enthusiasm for bitter is also being modestly fueled by small American producers, like Washington, D.C.-based Francesco Amodeo whose Don Ciccio & Figli sells in a handful of states a range of bitters and aperitivos. Descended from a family of amaro producers, he points out that simply recreating existing brands and styles won’t work for American producers.

But the time is right for trying at least. “Customers are totally open to it now,” says Oler. “For the most part they don’t necessarily understand what’s going on in the bottle but they are open to a dialogue about it, and trying them.”