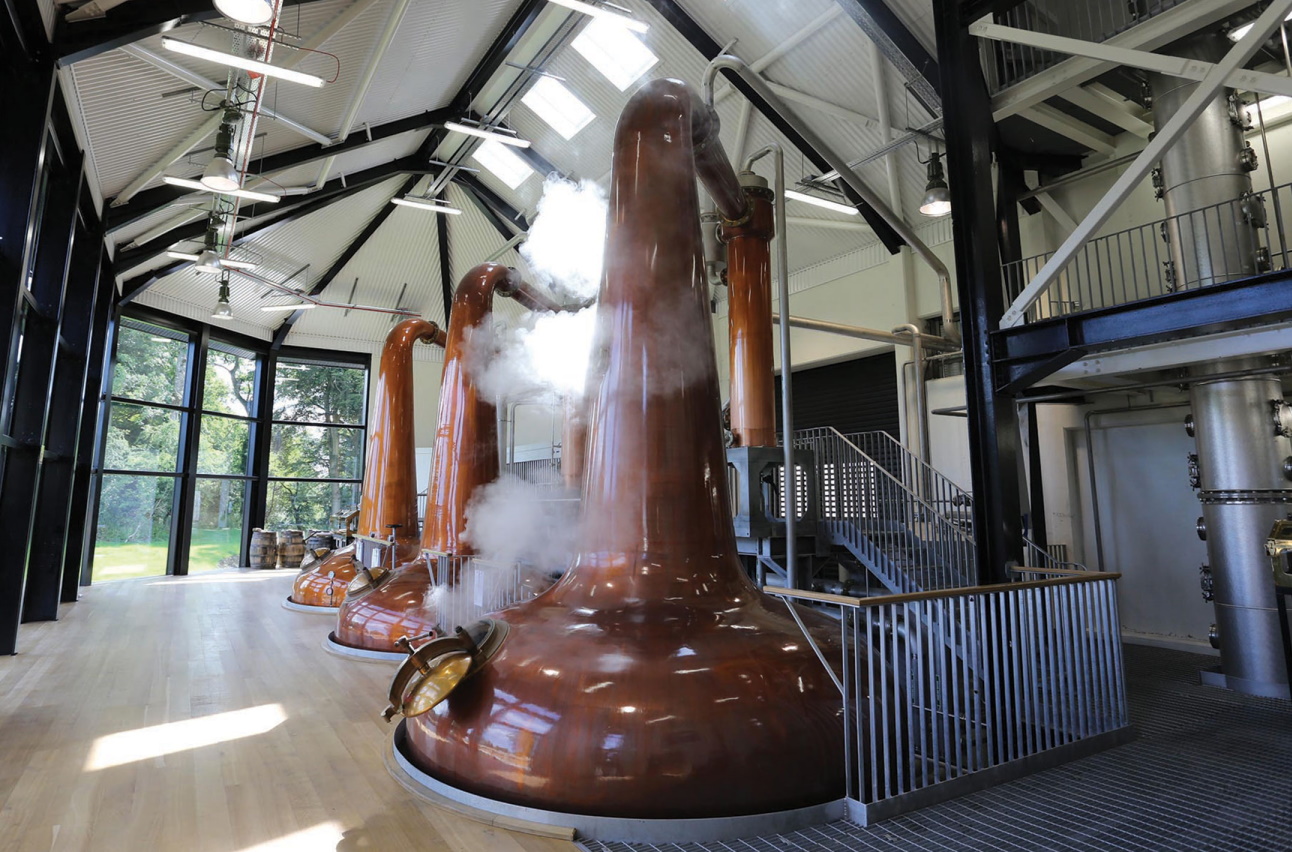 Irish whiskey is widely regarded as an accessible, beginner’s brown spirit for good reason: All are triple-distilled by law, and most of the classic expressions from prominent brands like Jameson’s, Bushmills, Powers and Tullamore DEW are matured in ex-bourbon American oak barrels for that familiar ultra-smooth texture and toasty flavor, and bottled at 40 percent ABV.

Lately, however, there’s been a flavor amplification trend in the Irish category, with distillers employing extended cask maturation, or blending with barrels that once held fortified wines like port or sherry, or even still wines. Some brands, like Tullamore DEW, are even experimenting with ex-rum or other ex-spirit barrels.

“The addition of wine, port, or other spirit-finishing can be a fun way to impart specific flavors,” says Brooke Baker, beverage director at Underdog NYC and formerly of Dead Rabbit, which boasts the largest Irish whiskey collection in the country.

That bar popularized Redbreast’s innovative single pot still Irish whiskey finished in Lustau sherry casks, produced by the Midleton Distillery, a category disruptor when it launched in 2016. Another splashy U.S. debut was the 2019 release of The Tyrconnell 16 Year Old single malt, produced at Cooley distillery in Louth, which was finished in casks from Andalucia, Spain that had been custom seasoned first in Oloroso sherry and then in Moscatel wine.

From Sherry to Wine, Cognac, and Beyond

The copper pot stills used to make The Busker Irish whiskeys at the Royal Oak Distillery in County Carlow. Photograph courtesy of Busker

The Busker, which debuted late in 2019, goes for an even bolder taste profile, banking on increasing consumer preference for big flavor. “While we honor the rich Irish heritage and whiskey-making traditions to produce superb liquid, we go beyond the limitations of history to create our own story. American consumers are thirsty for something that’s exciting and innovative,” says Ray Stoughton, executive VP, Disaronno International, parent company for The Busker.

Hailing from County Carlow’s Royal Oak, a hat-trick distillery which produces all traditional Irish whiskey styles—single grain, single malt, and single pot still—The Busker is a blend of all three and then aged in a combination of bourbon, sherry, and Marsala casks.

The Dublin Liberties Distillery made its U.S. debut in 2020 with four full-flavored expressions, two of them single malts—Copper Alley 10-year-old and Keeper’s Coin 16-year-old—finished in Oloroso sherry and PX sherry casks, respectively. The Murder Lane 13-year-old is finished in ex-Tokaji wine casks from Hungary.

“Having access to such a nice range of aged malts, my task was to incorporate a mix of finishes that haven’t been explored as much or are completely innovative,” says master distiller Darryl McNally. The selection of finishes is more about flavor than shock value, he explains. “Of course we want to push boundaries with innovation, but I also sought to ensure there’s a varied range of flavours across our whiskeys so they are distinctive. We want to craft whiskeys people love the taste of,” McNally shares.

Dingle distillery, founded in 2012 on the coast of County Kerry, has a similar philosophy, though very different approach. Dingle showcases the art of the blend, using their own young 3 year and up—the minimum aging requirement for Irish whiskey—single malts (there is also a single pot still available only in Ireland), aging them in a combination of ex-bourbon as well ex-fortified wine casks for the entire maturation period. Batch #4 is a blend of single malts aged in ex-bourbon, sherry and Port barrels; the regimen highlights the edgy maltiness of the whiskey, boosted, but not hidden by the fruit and nut flavors and aromas of the ex-fortified wine casks.

Late last year, Bushmills released a 28-year-old single malt finished in Cognac casks, that tastes surprisingly vibrant and fresh. “At its core, Bushmills’ DNA is a malt-rich whiskey, and the long duration in ex-Cognac wood enriches all those notes of vanilla, honey, malt, and wood while softening any rough edges,” remarks master distiller Helen Mulholland, who has over 30 years’ experience at the distillery.

She says the rare dram is “something new and distinct for Bushmills—one of the most complex and layered whiskeys ever released by us. When we mature the already smooth spirit in exotic casks, it enhances our malt-rich liquid, bringing out special layers that you might not get if you did the same with other categories of whiskey.” Because these reserves are not matured in new oak, the liquid has an opportunity to hibernate for many long seasons, but careful monitoring is key. “As Master Blender, I constantly and meticulously taste and test the liquid from our barrels so I can determine the best time for release.”

With so many new distilleries dotting the Irish landscape since the 2010s, there’s a new spirit of experimentation amongst distillers, who are broadening and redefining what it means to be a whiskey from Ireland.