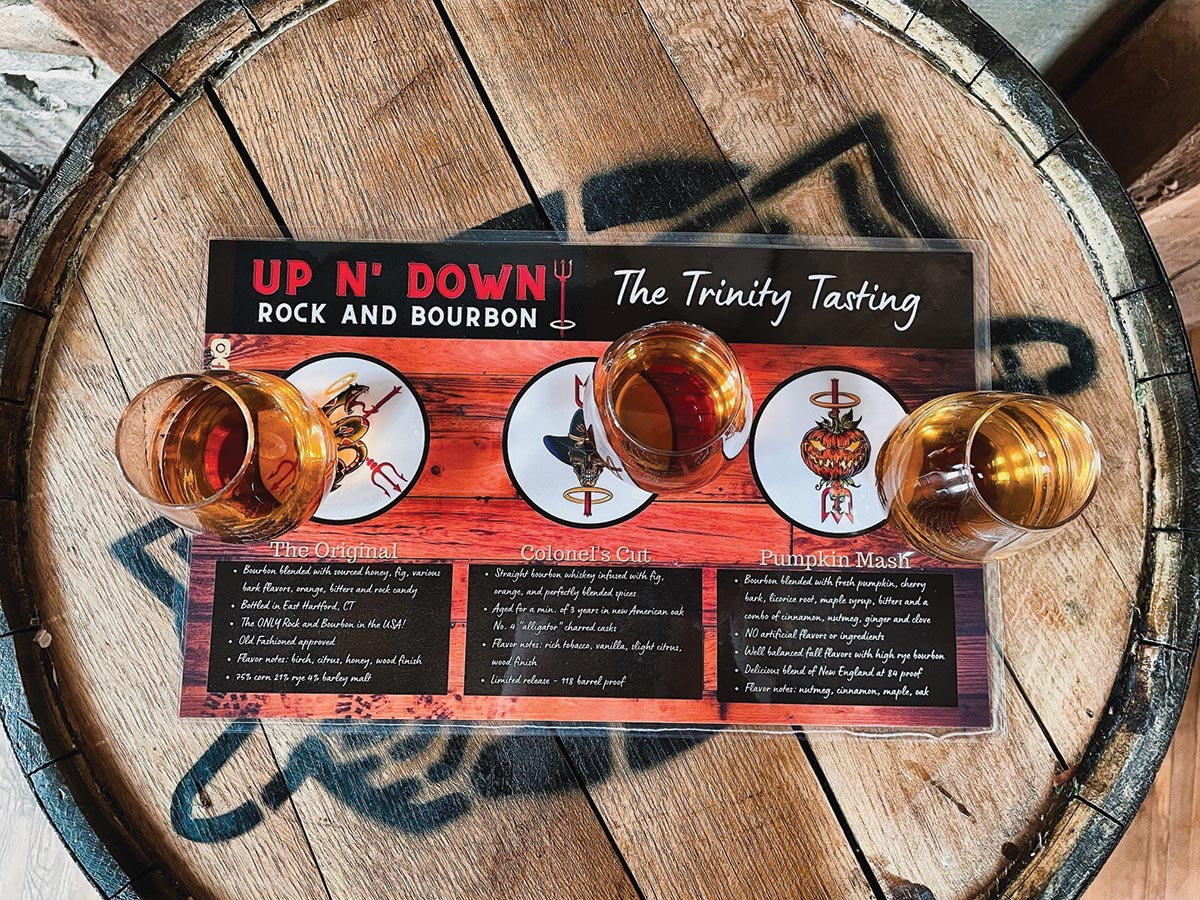 Up ‘n Down (UND) Rock and Bourbon, distributed by Brescome Barton, continued to add new accounts and thank existing accounts as brand founders toured on-premise venues. The only rock and bourbon in distribution in the U.S., Up n’ Down uses honey, figs, bark, orange zest, bitters and rock candy to create its unique flavor profile, and has a mash bill of corn 75%, rye 21% and barley malt 4%, making it an official Rock and Bourbon. The brand celebrates its one-year anniversary in June and launched two additional expressions, Pumpkin Mash and Colonel’s Cut 118 Proof Straight Bourbon Whiskey, in the fall of 2021. “The birch and fig rock and bourbon flavor profile makes for fun, delicious cocktails that are extremely refreshing, such as the Secretariat, made with UND, mint, lemon juice and ginger ale, at Mezzo Grille, Middletown; the Nightrider at the Marlborough Tavern, made with UND, fresh espresso, coffee liqueur, tuaca and a lemon twist; the Teemu Selanne Up n’ Down Bourbon or the Sherbet-Rooibus Iced Tea from Zohara in West Hartford and so many more,” said Co-founder Sam Dziecol, who along with UND owner and co-founder Justin Morales, have grown the brand, newly launching in Massachusetts. “The support shown to Up ‘n Down from the hospitality industry has hit me in the feels. Our community is one of the most unique, wonderful and diverse examples of real humans I have had the pleasure to know. Always there through all the ups and downs,” said Morales. 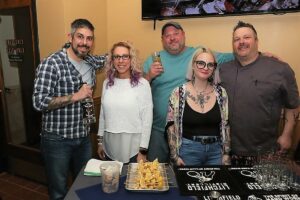 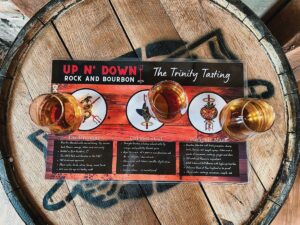 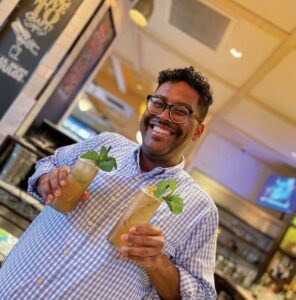 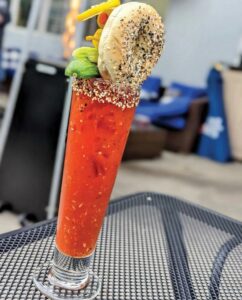 Everything But The…Bloody Mary! showcases Up ‘n Down Rock and Bourbon at Blue Plate Kitchen, West Hartford. 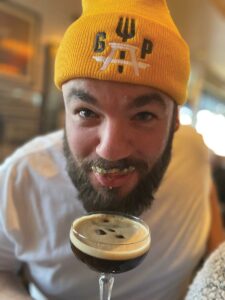 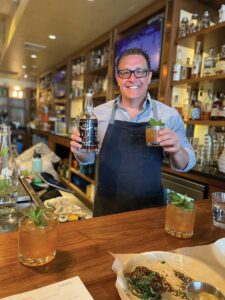 Photos by Sam Dzeicol, Up ‘n Down Rock and Bourbon.