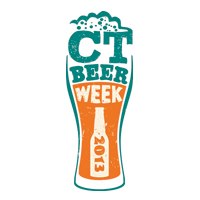 On May 14, 2013 Connecticut beer industry representatives hosted a press conference at the state legislative office building in Hartford to underscore the industry’s importance to the state economy, as well as to announce the local debut of the “Beerdog” mobile app. The conference took place under the umbrella of Connecticut Beer Week, a weeklong event May 11-18 to promote the state’s “Brew & Buy Local” campaign.

The event’s organizers pointed with pride to the 18 local breweries that operate in Connecticut, with more on the way. Rebecca Spicer, vice president of public affairs and communications for the National Beer Wholesalers Association, noted that small- and microbreweries have been one of the bright spots amidst the economic downturn and slow recovery.

State Senator Paul Doyle, D-Wethersfield, pointed out that the health of the beer industry is “vital” to both the economy and the operation of the state government. “Throughout this difficult economy, the beer industry has been creating jobs, and job stability, across our state,” Doyle said. “The state also benefits in the form of the $769 million in tax revenue the industry brings in.”

The rise of craft beers dovetails nicely with changes in Americans’ travel preferences. Fiveash said, “Culinary travel has grown enormously, and the beer industry is vital to that growth. In this respect the Connecticut Beer Trail is so important to what our tourism industry wants to become.”

Kevin Bradshaw, owner and creator of Beerdog.com, gave a brief demonstration of how his free mobile app works. The iTunes-approved app combines social media, image recognition and geo-location to connect beer enthusiasts throughout the state, and the world, with places where they can consume their favorite brews.

Jason McClellan of East Hartford’s Olde Burnside Brewing said small breweries represent a return to a thriving state industry. Before Prohibition, the Nutmeg State was home to more than 100 breweries. “Craft brewing is the fastest growing segment of the beer industry today, representing six and a half percent of all beers sold in 2012,” McClellan said. He noted the state’s Small Business Express program has been extremely beneficial in helping new breweries with the funding and expertise they need to succeed.