February 2021 Cover Story: How Bars are Surviving the Pandemic 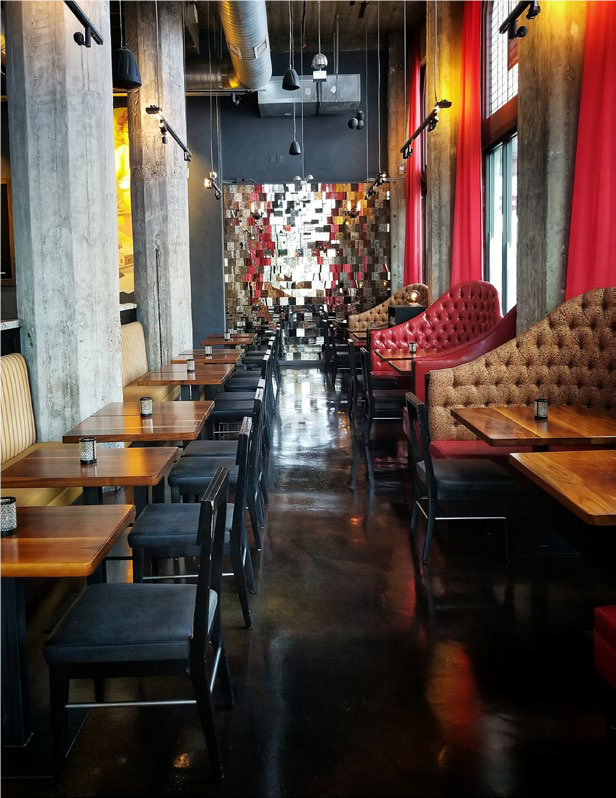 Catastrophic may risk understatement as a summary of COVID-19’s impact on the bar industry. Like restaurants, many bars have shuttered permanently; in September, the National Restaurant Association forecasted 100,000 closures in 2020, and colder weather will doubtless bring many more permanent closures as further restrictions are placed on establishments, causing revenues to dip and expenses to pile up.

Some bars have reopened, only to be forced to close again. Many still haven’t been permitted to open their doors; states like Connecticut and Maine have kept bars closed since March. Most bars currently open in the U.S. are subject to reduced capacity limits, a significant hurdle when many business models are based on filling every seat at peak times.

I am intimately familiar with the struggles bar owners have been facing since March; my bar Little Jumbo in Asheville, North Carolina, has not been allowed to serve a drink since March 15, 2020, and we don’t foresee being able to reopen for many months.

For me and many others, this has been a devastating year, but also a reminder of why we fell in love with bar ownership in the first place—it requires a diverse skill set, creativity, and the ability to solve a rotating series of unique problems.

I spoke with bar operators from across the country to find out what’s working and which strategies they’ve found effective.

Pivoting to a Mercantile Model

A recent addition to the Columbus, Ohio, bar scene, Lawbird opened just four months before the March shutdown. Husband-and-wife co-owners Annie Williams Pierce and Luke Pierce were initially unsure of what to do after closing. But when Ohio legalized to-go cocktails, they turned the bar in a completely new direction—selling snacks, glassware, and produce.

“Imagine a wine shop – and a Japanese 7-Eleven had a baby,” the couple describes, speaking of Lawbird’s new incarnation. Seating areas have now become a production space, where the owners and a skeleton crew batch and bottle up to 500 cocktails at a time.

They aren’t the only ones to adopt this model; high-profile venues like Fort Defiance in Brooklyn and Canon in Seattle are among the many other bars that have converted to a grocery or mercantile model. While Lawbird no longer looks like a traditional bar, the couple worked hard to deliver an environment of hospitality, even as a shop.

“We’ve created a more tactile experience,” notes Luke. “We tried to mirror the type of interactions we might have had in the bar before.” The duo says this model is financially sustainable for the foreseeable future, and they plan to reassess sometime in 2021. They’re even considering opening an additional “satellite” shop across town.

Enhanced food options at The Crunkleton in North Carolina. Photograph by Cindy Sellars

Many bar owners don’t relish the idea of running a food program. With a plethora of perishables, expensive equipment, and substantial labor requirements, kitchens can easily squander hard-won profits. But adding or upgrading kitchens has been a strategy for survival for many bars, and a requirement for reopening in many states.

“I always wanted the experience to be more spirits-forward, but adding food just makes sense,” says Crunkleton. His permanent, upscale food menu will enable him to achieve higher check averages, and justify the investment he believes.

Hamlet & Ghost, a popular Saratoga Springs, New York, hangout, had already expanded its kitchen program just over a year before the pandemic, which has proved incredibly valuable this past year. After shifting to a to-go only model by state mandate, food became the majority of sales—a trend that has continued even with limited dine-in seating.

Publicans have also adapted to no longer being able to offer many of the hallmarks of a good bar experience in a traditional bar setting. “We’re in the hospitality industry, and it’s really difficult to be hospitable right now, but we’re still doing it,” says Ivy Mix, a co-owner of Leyenda in Brooklyn.

Mix and others have found new ways to connect with their customers. In addition to sidewalk tables and to-go cocktails, Leyenda launched party packages in October, where they deliver the drinks, ice, glassware, even decorations to a home or outdoor gathering, then swing by the next day to pick up their party components.

Greg Boehm, who owns The Cabinet, Katana Kitten, Mace, and Boilermaker in New York City (his award-winning Existing Conditions closed during the pandemic), found traction with local cocktail classes—both virtual and in-person. “Online tastings have been surprisingly successful,” says Boehm, who distributes pre-portioned mezcal flights to patrons via The Cabinet prior to a guided Zoom tasting.

Most bar owners we spoke to stressed how essential to-go cocktails sales have been—many agree their doors would’ve already closed without them. Currently, 33 states allow bars to sell cocktails to-go, with several extending that allowance for years, and even permanently. While sales are generally not enough to make up for lost revenue, to-go cocktails can help bars cover some operational costs. At Leyenda, Mix saw batched drinks as an opportunity to utilize spirits that had languished in storage, which helped improve the bottom line.

Nearly all bars have reduced staff. Portland, Oregon’s Clyde Common, one of the vanguard establishments of the cocktail resurgence, previously had 40 employees; the staff now totals seven people after an 80 percent drop in revenue due to the pandemic. What was a full-service, sit-down, fairly upscale tavern food program has morphed into a selection of easily packaged, grab-and-go fare, which has cut costs substantially. “For the foreseeable future, true table service just doesn’t make sense, financially,” says owner Nate Tilden.

Four of Tilden’s 11 restaurants and bars have permanently closed since the beginning of 2020, and he feels the industry’s entire model has been upended. “Having the smallest labor and overhead footprint possible,” he says, “and if you can figure out how to break even, or maybe be slightly profitable, that’s the model of success.” The vast majority of these owners have no timeline for when, or if, the reduced staff positions will return.

Bar owners fighting to survive are taking each day as it comes. “At this point, none of us can think about profits—we can only think about minimizing risk,” says Kiingati. “Minimizing the risk of employees getting sick, the risk of having to shut down again, the risk of running out of money.” He plans to approach the business in two-week increments for the foreseeable future. “I’m excited to get through this,” adds Boehm, “but I’ve stopped guessing when that will be.”

Even as their neighboring establishments shutter, many bar owners are taking an optimistic view of their realities, looking for opportunities to improve internal systems or expand new facets of their businesses. “It’s made me rethink cocktail making, and how we’ll do it in the future,” says Mix. “Efficiency is even more important.”

Others have sought and received permission to keep expanded outdoor seating areas permanently, thanks to municipal changes. The Lawbird duo even launched a weekend breakfast grab-and-go from the bar’s side door; dubbed Boxwood Biscuits, it has become so popular that the Pierces are considering finding a standalone space for the concept.

“We’re bar owners, we’re all stupid optimists,” says Portland’s Tilden. This pandemic has starkly illuminated that there is no substitute for a convivial gathering spot, and sadly, there will be fewer bars on the other side of this. I regularly sit in my empty, dust-blanketed bar, and think with anticipation about the days when I’ll get to see smiling faces coming in the door again. And when those days arrive, we hope you go out to your favorite bar and raise a glass. We’re looking forward to it.