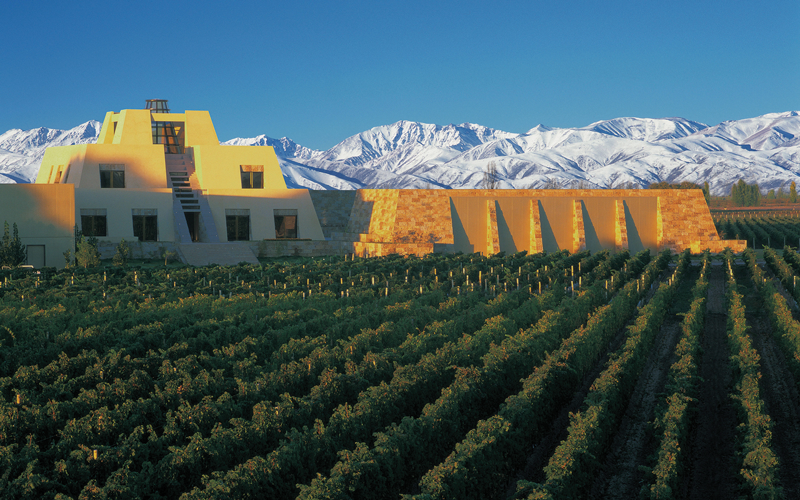 Winegrowers are taking deliberate steps to lighten up Malbec and more

If you haven’t tried Argentine wine in a while, you might be surprised. Malbec, the country’s definitive wine that has earned its status here by punching above its price point, is changing. Musclebound Malbec is no longer the norm; there’s a trend toward picking earlier and using less new oak. In short, Argentina is lightening up.

This is not just a trend for boutique producers, or at one price level. Some of Argentina’s most important exporters—including Catena, Susana Balbo, Trivento, Kaiken and Trapiche—are intentionally making most of their wines lighter. “Ten years ago, one of the most important elements was concentration. Density,” says Trivento Chief Winemaker German di Cesare. “Now it’s not so important.”

Moreover, unlike in neighboring Chile, where large wineries have sometimes made stylistic changes based on the demands of foreign markets, Argentina has a big domestic wine market. Most of the wineries making lighter wines now are doing it because they think it’s the way it should be done.

“We like picking Malbec probably one or two points [of potential alcohol] earlier than in the past,” says Eddie del Pópolo, General Manager for Susana Balbo. “I like clean fruit and nice freshness. I don’t like overripeness. I like balance. If I have to define balance, it’s probably around 13½, 14, maybe 14½ percent alcohol. It depends on the region.”

To understand why this is happening now, consider how rapidly the Argentine wine scene has evolved. As recently as 25 years ago, most Argentine wines were low-quality easy drinkers meant for the domestic market. The country only began exporting in earnest in the late ’90s—at the peak of Robert Parker’s influence. It’s easy to see why wineries who had never before been graded by foreigners would chase the fruit-forward, high-impact style that would seem to generate high scores and market success.

Well, it worked for a good couple decades. With Argentina’s exports to the U.S. dropping recently, that could be an incentive for change. But the dozen or so winemakers I spoke to just seem to think more balance is better. And now, after two decades of trying to make quality wine, they have the technical understanding of viticulture and enology they need to make the wines they want.

“In the past, we picked all this area at the same time,” Trivento’s di Cesare notes. “But now we know that the soil, the area is all different. We used to pick first Malbec and then Cabernet. We used to pick Cabernet in May and have a very high alcohol and low acid wine. Now we realize each grape and each place have its own identity. Now I don’t like to pick too late because you lose all identity when you pick overripe grapes.”

The learning curve is apparent both in the vineyards and wineries. At Ruca Malen, Malbec for the “Terroir Series” upper range of wines is sourced from cool, high-altitude micro-climates in Uco Valley (55%) and Lujan De Cuyo. Then, only half the wine sees oak (12 months); the other half stays in tank, which winemaker Noella Torres believes best preserves the grape’s raspberry-cassis profile.

Silvio Alberto, formerly of Achaval Ferrer, recently took charge at Bodegas Bianchi and is looking forward to keeping the wines in check: “I like a big company because you can achieve phenolic maturation without big alcohol content.’

Kaiken winemaker Gustavo Hormann says that winery owner Aurelio Montes Jr. developed an affection for making lighter wines when he was running Kaiken, and his since taken it back to Chile to implement at Montes.

Not surprisingly, the delibrate shift toward lighter Malbec also extends to other grapes. Luis Reginato, vineyard manager for Catena’s Adrianna Vineyard, says the winery cut back dramatically on new oak for their top-end Chardonnays, White Bones and White Stones, because “we are doing a lot of work and research in the vineyard and we want people to taste the fruit.”

Moreover, Catena just introduced a new appellation series of Malbecs priced right in the sweet spot for U.S. drinkers, and the Malbecs from Lunlunta and La Consulta appellations are labeled at just 13% alcohol. If there were any doubt at all as to Catena’s intentions, their very latest new Malbec, the 2015 “Argentino” is priced on par with the notoriously powerful Catena Zapata, yet its Malbec expression is a world apart: smooth, unapologetically ripe, and layered in a way tasters may question whether it is 100% Malbec (it is). Most of the U.S. market hasn’t noticed yet. But you will. Just keep tasting the wines.

“We entered USA in October 2016,” says La Celia General Director Sebastián Rios Dempster. “The people say, ‘This is not Argentinian wines. I never drank these kind of wines before.’ Argentinian wines were more full, more heavy before. Maybe this is the future.”