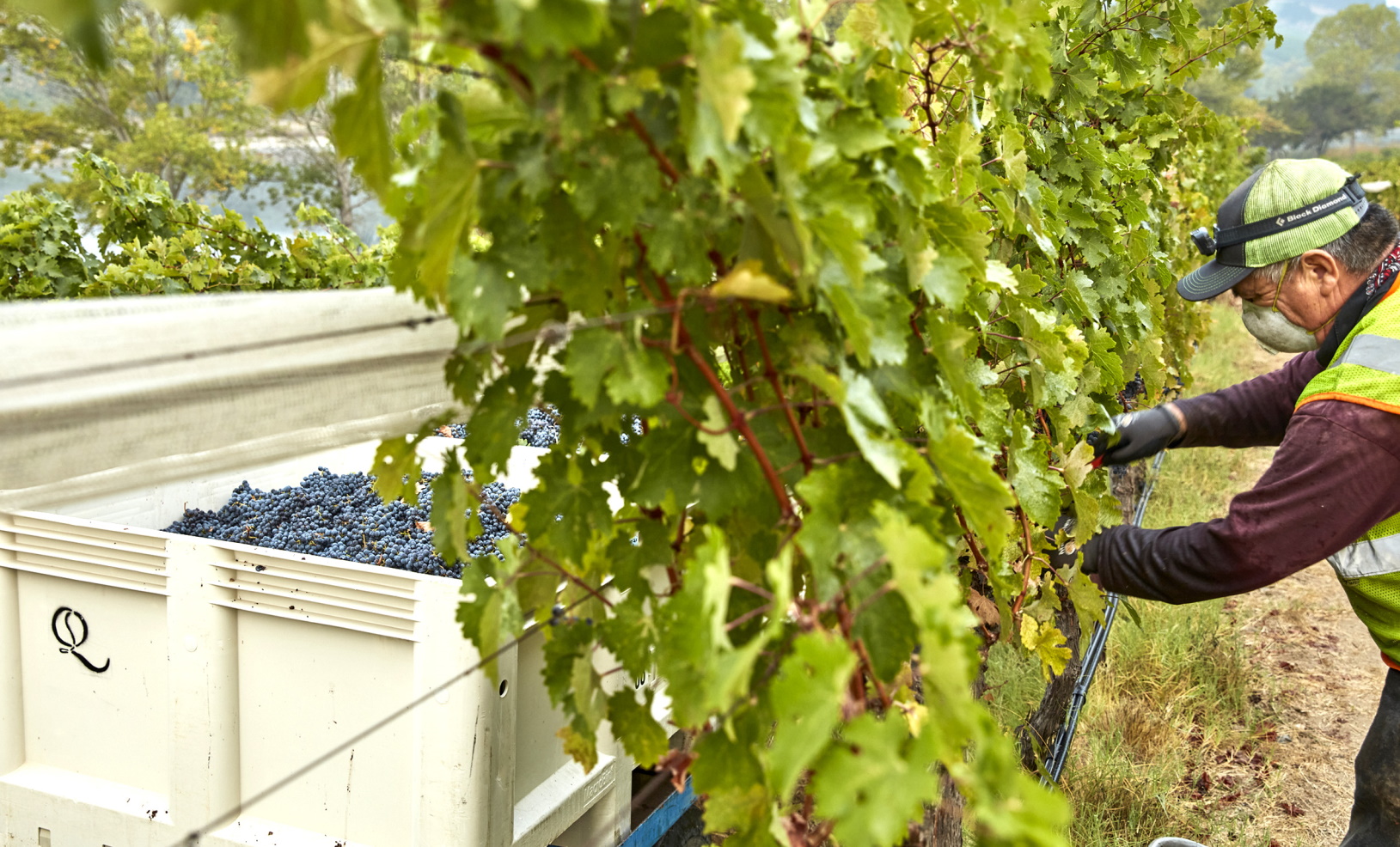 Despite devastating fires and smoke taint, California’s challenging 2020 harvest resulted in many exceptional wines. From Anderson Valley to Santa Barbara, here’s the good news you need to know.

The worst fire season on record will cause most people to remember 2020 as the Golden State’s worst harvest on record. But in reality, the percentage of grapes impacted by smoke taint across the states was lower than many vintners expected, with entire swaths of California wine country weren’t impacted, according to early lab tests conducted by wineries. A fuller picture of the vintage is likely to emerge when the USDA releases its annual California harvest data.

In fact, according to many producers, 2020 was an exceptional vintage. From Santa Barbara to Anderson Valley, good news is rising from the ashes in areas that avoided smoke damage and in sites where harvests were completed before the blazes. Most of California’s premier growing regions, including Napa Valley, Sonoma, Mendocino County, and the Central Coast, experienced low rainfall in early 2020, setting the regions up for a low-yielding season. Not only did this translate to concentrated, high-quality fruit, but it led many vintners to harvest early, escaping the devastation of the fires.

“We saw yields down about 20 to 30 percent overall,” says Turley Wine Cellars winemaker Tegan Passalacqua, who farms Zinfandel and Cabernet Sauvignon across the state. “But when people ask me about the vintage I always say, it could have been way worse. Our quality overall was really good, and because yields were down we picked earlier than normal. Higher yields would have meant a later harvest and likely more smoke taint for us.” It seems vintage 2020 wasn’t the complete disaster many first believed.

“The good news is that the percentage of grapes affected by smoke taint across California is very low,” says Scott Kozel, the vice president of coastal winemaking for E. & J. Gallo Winery, who oversees winemaking across California’s Central and North Coasts. Overall, he is very impressed with the vintage quality.

While it may have seemed like the entire state was smoky or ablaze in the late summer and fall, some of California’s top wine regions were spared from the effects of wildfires. “I think people often forget how big California is,” says Ryan Hodgins, the winemaker at FEL Wines, whose vineyards are spread across Anderson Valley. “Our winery is in Sonoma, over 100 miles from our vineyards in Anderson Valley, which is one of the coolest and northernmost winegrowing regions in California.”

In this subzone of Mendocino County—one well-versed with the devastation of fire in previous vintages—the wooded, hilltop vineyards remained unscathed. “Wind patterns matter,” says Roederer Estate winemaker Arnaud Weyrich. “Because the wind here is normally coming from the west, it pulls clean air in and pushes the smoke away.”

Safe from smoky air, the combination of hydric stress and heat spikes in Anderson Valley led to grapes with both high acidity and high sugar—ideal for vintage-dated and long-aging sparkling wines. “Anderson Valley is in a good spot,” says Weyrich. “The only thing you can explain to people is that smoke doesn’t damage all grapes in the same way.”

Passalacqua, who works with old vine Zinfandel vineyards predominantly in the Paso Robles appellation, was pleased with the results of the 2020 harvest. “We were concerned because there was smoke in Paso Robles for a few days,” he says. “We came out all clear. The hardest thing for me was having conversations with 40 growers about the possibility of smoke taint ruining their entire crops, and how we would move forward if that happened.”

The biggest challenge wineries in these regions will likely face is getting their wines out to consumers with tasting rooms shuttered and distribution networks upended due to ongoing pandemic-related restrictions. “The wines are tasting wonderful,” says Hodgins. “The biggest challenges for us will be Covid-related, not vintage-related. The news cycle is so fast, and there aren’t many people who really pay attention to vintages. The challenges of getting wine into the mouths of consumers will dwarf perceptions of this vintage.” 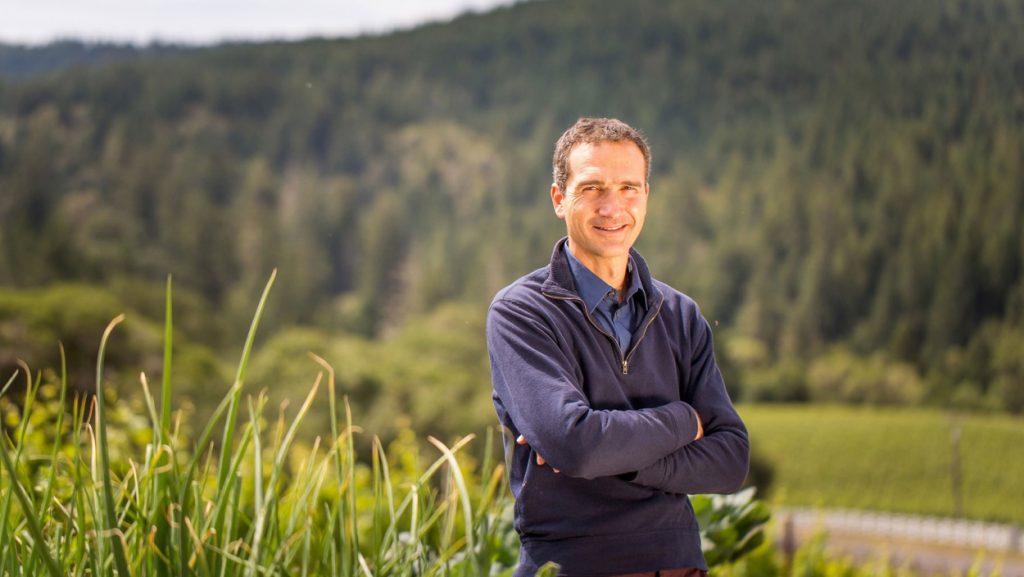 Long before wildfires broke out in Napa Valley and Sonoma, vintage conditions had been difficult; drought in the early months of the year indicated that yields would be lower in 2020 than the bumper crops of 2018 and 2019.

“A number of our blocks had lower vegetative growth and vigor than in previous years,” says Aron Weinkauf, the winemaker for Napa Valley’s Spottswoode Estate. In Sonoma, one of the regions most heavily impacted by the 2020 wildfires, early data compiled by wine and grape brokerage firm Ciatti indicates that the region’s Pinot Noir crop was the hardest hit by wildfires, with harvests down an estimated 36 percent.

But low yields don’t equate to low quality: “From the start, it was a winemaker’s vintage,” says Jesse Katz, the founder and winemaker at Sonoma’s Aperture Cellars. Echoes Weinkauf, “Many people were happy to have a vintage that was expected to be a low-yield, high-concentration year.”

James Hall of Patz & Hall, which specializes in Pinot Noir and Chardonnay, believes 2020’s weather presented vintners with a unique opportunity.  “One thing I’ve noticed over the 40 years I have been in winemaking, is that vintages that have very moderate, even weather often produce relatively boring wines,” he posits. “Vintages that experience more dynamic weather—such as 1998, 2001, 2010, 2011—often produce wines of more depth, complexity and aromatic interest.”

While drought conditions caused many vineyards in Hall’s area to yield 20 to 30 percent fewer grapes, those vines yielded exceptionally dark berries. “The drought did positively shape the character and concentration of the 2020s,” says Hall. “I hope that years from now, when tasting the 2020 wines, people will realize that beautiful and wonderful things can happen in the hardest of times.”

Aperture Cellars fared equally well, capitalizing on the dry, low-yielding season and well-timed harvest to craft powerful, Bordeaux-inspired reds this season. “Spectacular wines will come from 2020,” says Katz, noting Aperture was fortunate its vineyards were not directly impacted by fire, unlike many estates. “These are some of the darkest, richest, densest wines of my career.”

For some, the vintage’s low yields and high temperatures were a catalyst for an early harvest,  allowing wineries to avoid fruit damage amidst the fires. While some wineries and sections of Napa Valley were ravaged by the Glass and LNU Lightning Complex fires—particularly the eastern mountain appellations like Spring Mountain, Howell Mountain, and Atlas Peak—many grapes in sub-zones across the valley floor were harvested before the fires and thrived thanks to below-average vine vigor and fair weather.

At Rutherford’s Quintessa, harvest was nearly complete before the nearby Glass Fire broke out on September 27. “I think the biggest challenge is going to be communicating to consumers that every year is different, every variety is different, every property is different,” says winemaker Rebekah Wineburg. “I know everyone sees these pictures of burning vineyards and really dramatic videos. Those are real, but they’re not the entire story. Natural disasters are not what’s in the bottle.” 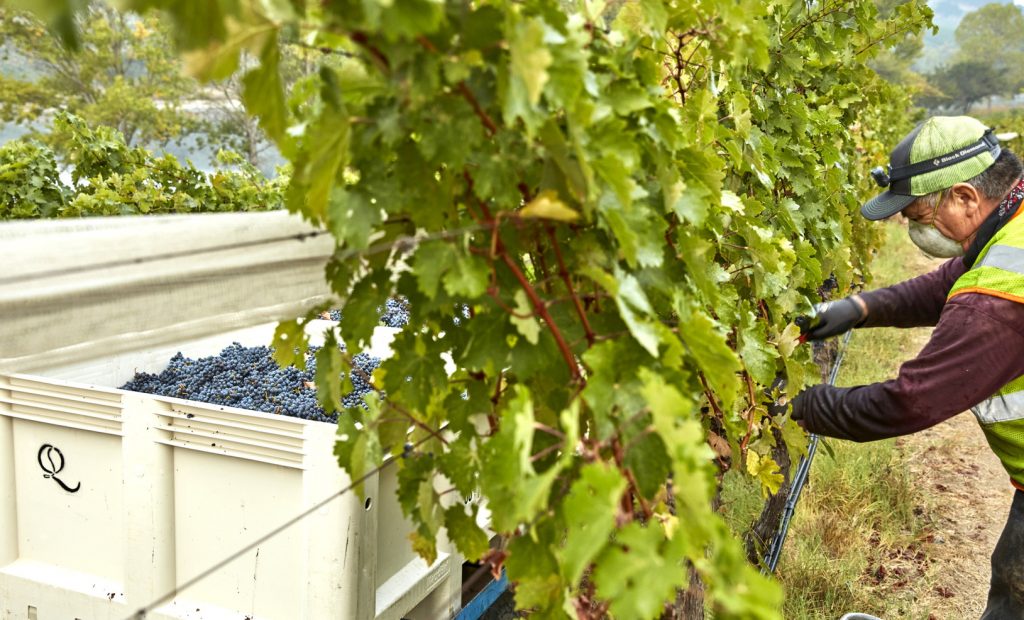 Harvest at Quintessa in Rutherford. Photograph courtesy of Quintessa

“We still have a lot to learn,” says viticulturist Ann Kraemer, who farms the 46-acre Shake Ridge Ranch vineyard in Amador County. The site saw nearly three full weeks of hazy conditions, yet most of Kraemer’s grapes—and the early wines they have yielded—are taint free, according to early test results.

According to Kraemer, that is possible because hazy air—caused by old smoke blown into the area from faraway wildfires—doesn’t impact grapes in the same manner as heavily smoky air, which contains the volatile phenolic compounds that cause smoke taint in fine wines. The Amador foothills region, overall, had very few days of that damaging, heavily smoky air.

“Amador got really lucky,” says Passalacqua, who sources grapes from Shake Ridge Ranch and nearly a dozen other vineyards in the Sierra Foothills. “Everything in Amador and down through Lodi has come back clean. We’ve spent a lot of money on testing, but it’s been worth it.”

A similar occurrence transpired in some of Napa Valley’s vineyards. Despite nearly 30 days of unhealthy air quality in Napa, Weinkauf points out that most of the smoke reaching Spottswoode sites was old, degraded smoke that had blown in from other areas. “The gradation of smoke taint can be so radical; there will be many different perceptions and opinions,” he explains. “You can have two vineyards side by side and two very different levels of smoke taint and damage in the wines.”

Similarly, Wineburg completely picked Quintessa’s entire 160-acre estate vineyard in 2020, and the team is continuing to test and evaluate wines. “We don’t know for sure what the effect of smoke is,” she says. “We haven’t investigated enough or learned enough, but what I’m seeing so far is that there are very good wines coming out.” 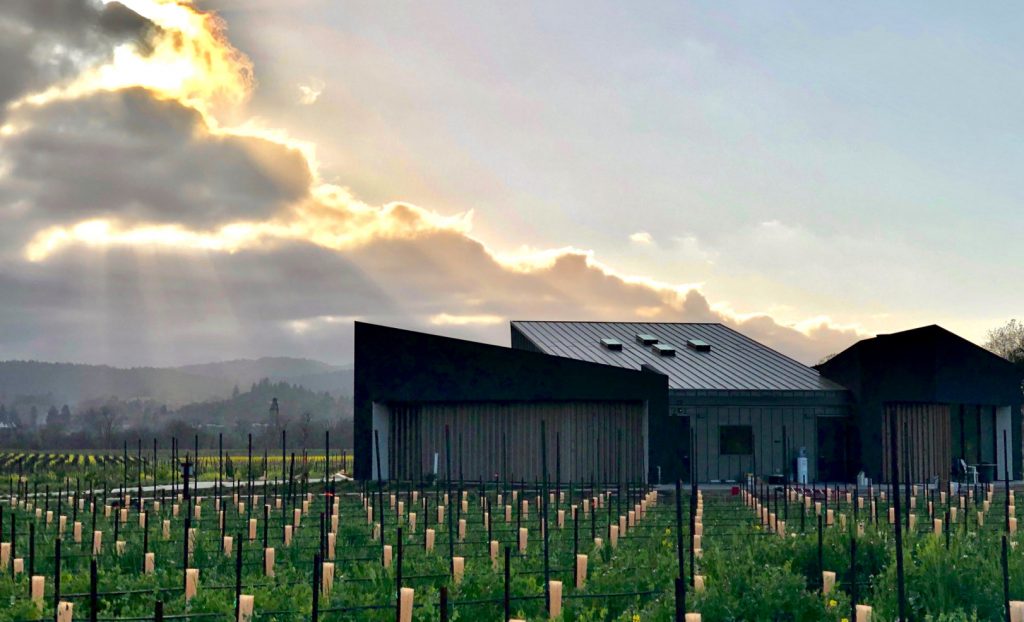 The biggest challenge for California vintners, particularly for those that were directly impacted by wildfires and smoke, will likely be overcoming consumer perceptions. However, winery principals remain undaunted.

“The [Sierra] Foothills, as well as other viticultural regions that only had exposure to ‘old smoke,’ should produce beautiful wines,” says Kraemer, “and needs … to get the word out that not all is lost!”

“I always view [a challenging vintage] as an opportunity to say ‘look, here’s what we can do,’” says Beth Miliken, the president and CEO of Spottswoode Estate. “We want people to come and taste these wines because that’s what will ease consumers’ minds and remove the [negative] perception.”

In the experience of Nate Weis, the vice president of winemaking for Silver Oak, Twomey, and Timeless, fire may dominate the news cycle but it rarely overshadows the wines upon release. “All anyone wants to talk about is the fires, and there’s a stigma to it,” he says. “But at Silver Oak, our release cycle is so long we’ve found that the perception of the market has changed. Our 2020s won’t be out until 2024 or 2025. We just finished putting together our blends, and I’m actually very pleased.”

While the experiences of Golden State vintners’ 2020 harvest varied wildly from vineyard to vineyard, advice on how to purchase was unanimous: stick to producers with trusted reputations for excellence.

Wineburg, for example, notes that because Quintessa only works with estate fruit, they feel less pressure to bottle everything they harvest if it is not up to the winery’s standards. “Because we are an estate at Quintessa, we have a year-round commitment to this property,” she says. “Our relationship is not transactional; it’s more like a marriage—we can go through a difficult time and use it to try and better understand the vines and our terroir.”

“It’s a decision about being fair and honest, and being willing to discard some lots of wine,” says Weyrich. “Rely on brands that you know will make the right decision to avoid marketing-driven wines that aren’t up to their standards.”