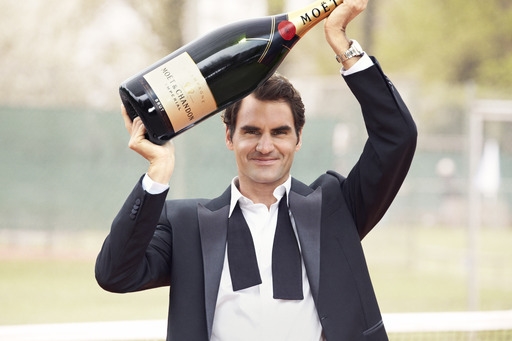 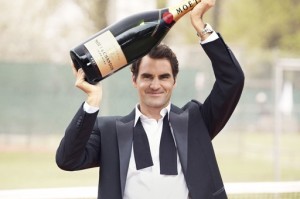 Moet & Chandon celebrated its 270th anniversary in New York City on August 20, 2013. The fete at Chelsea Piers attracted international style makers to toast the brand. The “Tribute to Success & Glamour since 1743” was also unveiled as the House’s modern new advertising campaign with Roger Federer, as shot by Patrick Demarchelier. Federer was announced as the House’s brand ambassador in November 2012, and is the contemporary face of Moet & Chandon. The new campaign “embodies the values of boldness, elegance and generosity that have guided the House throughout its 270-year history.”