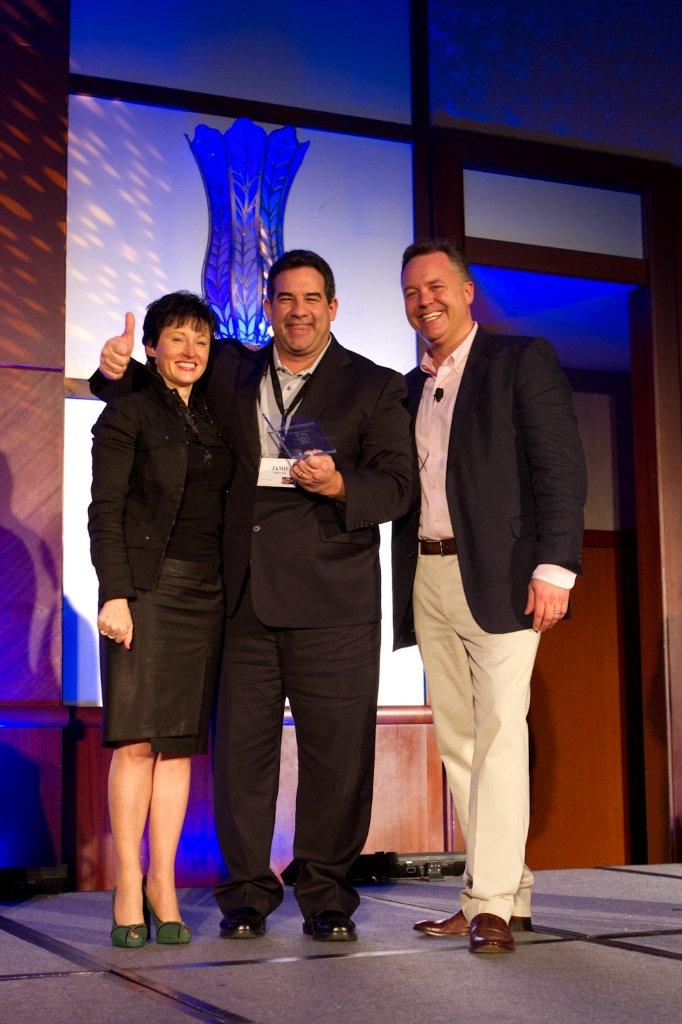 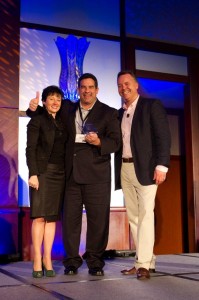 Jamie Montesi, Connecticut Manager for William Grant & Sons, recently won The Stand Fast Award at their recent national company meeting in Miami. The award recognizes and rewards an employee who brings the company values and areas of competitive advantage to life. Montesi created and executed The Sailor Jerry Project, a local program where William Grant & Sons and Brescome Barton Distributors donated $5 for every case sold of Sailor Jerry 92 proof rum to an organization called Give 2 The Troops, a Rocky Hill-based organization supporting the men and women of the U.S. armed forces. The program also honored Brescome Barton’s own veteran hero Abe Homar, whose plane was shot down over Germany during WWII and was a POW. The campaign was centered around Homar and raised $10,000 for Give 2 The Troops. Homar, now 93, was still working full time as a sales representative during the program which ran from August through December 2012. By winning the top award in the United States, Montesi will now compete against colleagues from Asia, Europe and Latin America for The Global Stand Fast award, announced in April.