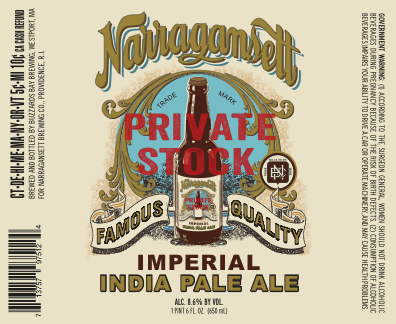 Narragansett Beer is celebrating its 122 years in business with a limited-edition Imperial IPA, offering  a bigger-bodied brew and expanding its offerings in the craft brewing segment. Released in a 22-ounce bomber bottle, the IPA is a departure from the brand’s signature 16-ounce Tallboy cans and full of references to Narragansett’s anniversary. The label is styled after an early Private Stock Ale label used by the company when they began brewing ales in the late 1890s. 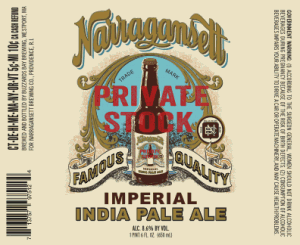 “We have a number of reasons to raise our glass this year,” says CEO Mark Hellendrung. “Each anniversary is a reminder of where the brand has been and where we’re headed. It is an amazing feeling to help revitalize a cultural icon such as Narragansett and to watch it thrive again.”