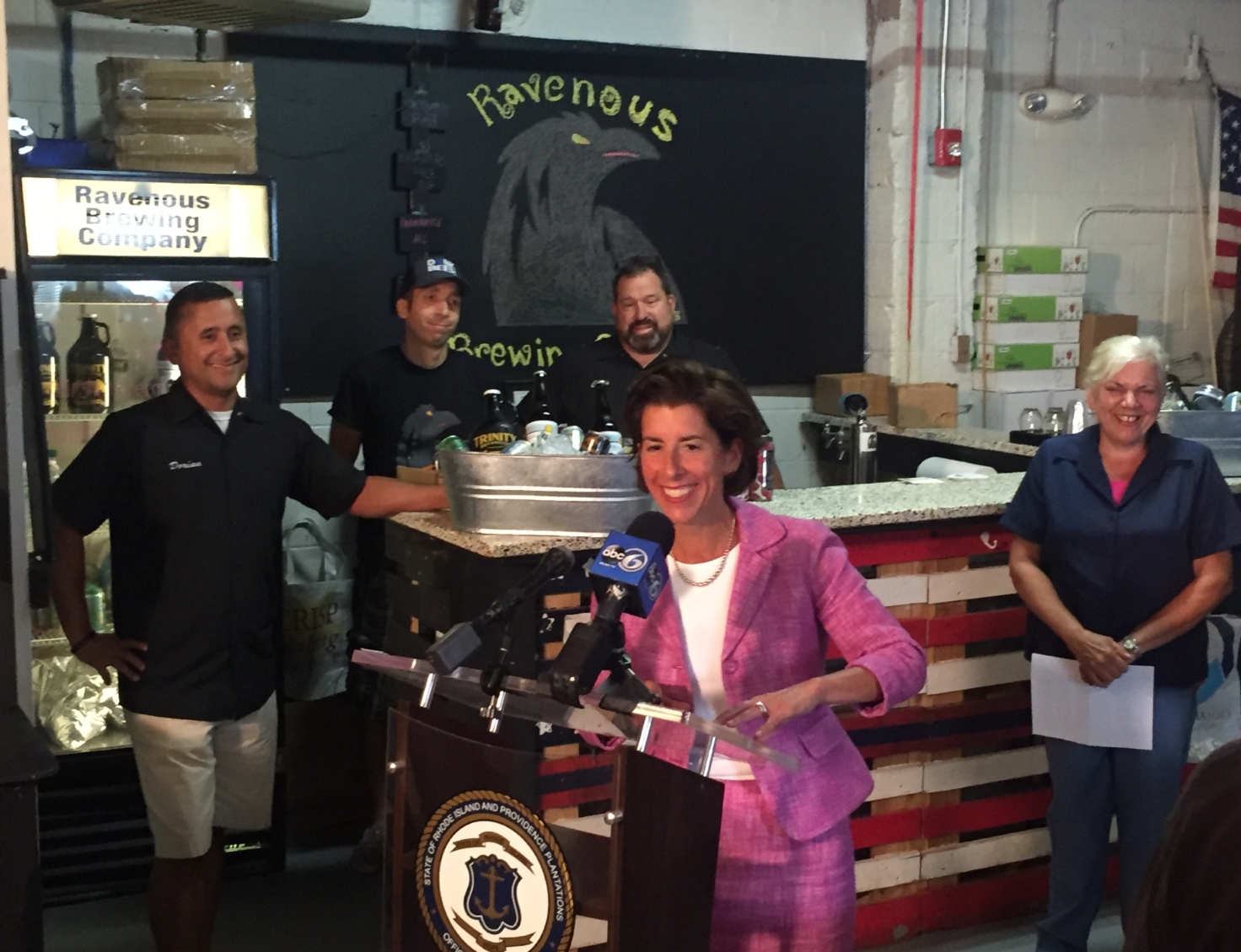 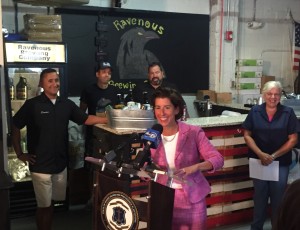 Gov. Gina M. Raimondo at the signing ceremony on September 10 at Ravenous Brewing Company in Woonsocket. The new law allows breweries and distilleries to sell limited amounts of their products to visitors for sampling and off-site consumption.

Legislation passed by the General Assembly and ceremonially signed on September 10 by Gov. Gina M. Raimondo allows breweries and distilleries to sell limited amounts of their products to visitors for sampling and off-site consumption.

Rep. Michael A. Morin and Sen. V. Susan Sosnowski introduced the bill (2016-H 8100B, 2016-S 3053A) to assist Rhode Island’s growing brewery and distillery industries and to encourage an increasingly popular segment of the tourism industry.

“Rhode Island is on the move,” Gov. Gina M. Raimondo said. “We’re making real changes to leverage our already strong tourism and food industries while bolstering our overall efforts to use regulatory modernization and innovation to attract business. This legislation will allow breweries and distilleries to keep growing and creating jobs.”

Although wineries in Rhode Island are allowed to offer samples and retail sales of their products, under current law, distilleries and breweries are banned entirely from selling their products at retail at their plants. The new law, which is now in effect, allows breweries and distillers to sell up to 288 ounces of malt beverages and 750 mL of spirits per day at retail to each visitor for consumption off the premises, in containers no larger than 72 ounces each.

Additionally, it would enable them to sell up to 36 ounces of malt beverages or 4.5 ounces of distilled spirits per day to each visitor for consumption on the premises, allowing visitors to sample their products before purchasing.

The limits are designed to allow visitors to sample a variety of products and take home up to the equivalent of four six-packs of 12-ounce bottles, while also accommodating growlers, the larger jugs popular among craft beer aficionados.