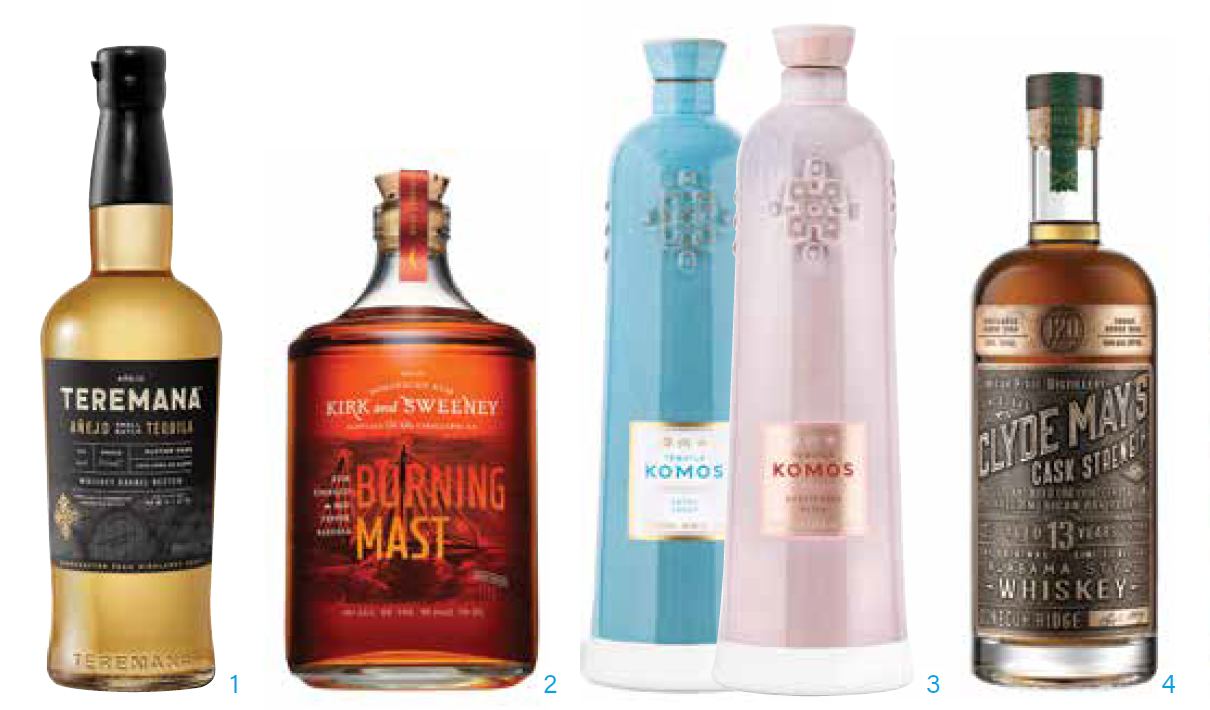 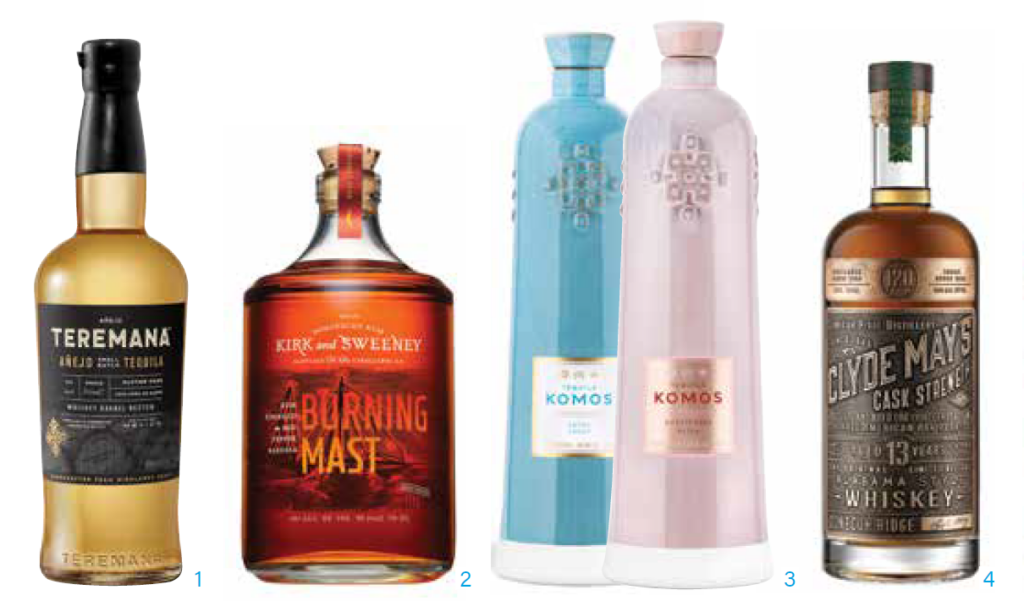 1. Teremana Añejo
Nearly two years after launching the smallbatch, accessibly priced Teremana Tequila, Dwayne “The Rock” Johnson and his partners have rolled out the vanilla- and oak-forward Teremana Añejo alongside the blanco and reposado. Once the blue Weber agave is slowroasted in traditional brick ovens and distilled in copper pot stills at Destileria Teremana de Agave in Jalisco, the añejo is aged in American whiskey barrels. Finally, each bottle is handdipped in black wax prior to packaging. 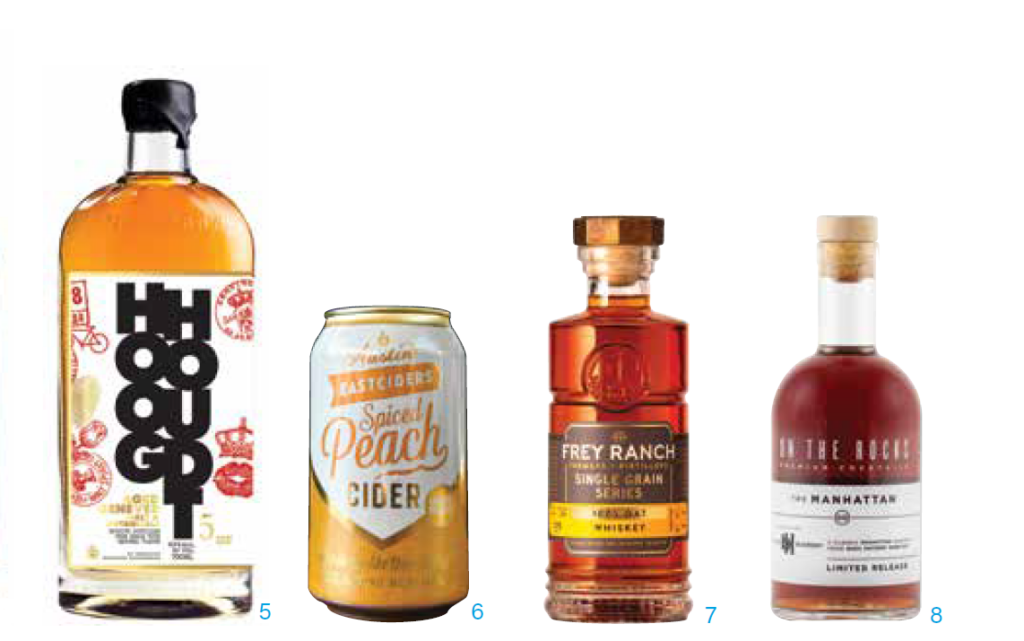 5. Hooghoudt Genever
The genever collection from Family Distillery Hooghoudt, in the Netherlands, has arrived stateside via the Sazerac Company’s 375 Park Avenue Spirits division. Hooghoudt, established in Groningen in 1888, has an export portfolio comprising a “Holland Gin,” the five-year-old Aged Genever, the new-style Sweet-Spiced Genever bringing together ingredients like mace and apricot, and the non-alcoholic Zero Zero 24, a mix of floral distillates and extracts.

6. Austin Eastciders Spiced Peach
Spiced Peach is the newest limited-release creation from Austin Eastciders. Melding fresh peaches with crisp, bittersweet apples and such mulling spices as orange, cinnamon, and nutmeg, it, like all products from the Austin, Texas, cidery, stars real fruit and shuns artificial sweeteners.

8. On the Rocks Manhattan
On the Rocks, the range of premium, barquality ready-to-drink cocktails developed in partnership with Beam Suntory, now features a Manhattan. Prepared with Basil Hayden Dark Rye, vermouth, and bitters, it marries spice and fruit notes and joins an open-and-serve lineup already known for the Aviation, Cosmopolitan, Mai Tai, Margarita, and Jalapeño Pineapple Margarita. 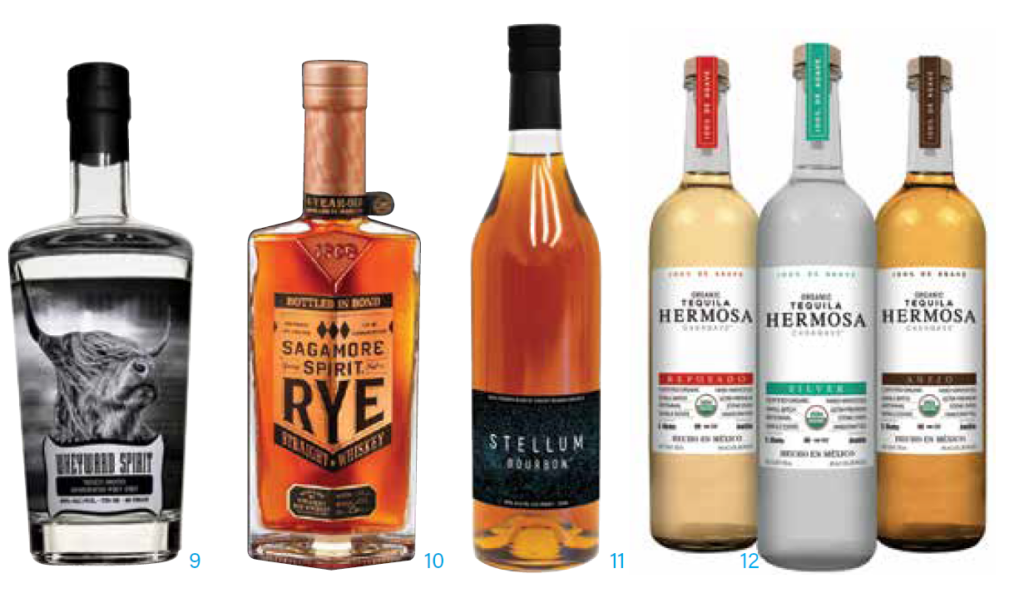 9. Wheyward Spirit
Mildly sweet and creamy whey, a byproduct of cheese, is the backbone of Wheyward Spirit, sustainably made in collaboration with domestic dairies to help combat food waste. The first distilled specialty spirit of its kind, Wheyward is a choice stand-in for vodka, gin, and rum in classic cocktails like the White Russian, Martini, and Daiquiri because of its vanilla cream and spice flavors.

10. Sagamore Spirit Bottled in Bond
For nearly a decade, Sagamore Spirit has been on a mission to revive Maryland’s centuries-old tradition of making rye whiskey. Now there’s the 100-proof Bottled in Bond, a limited-edition blend of two straight whiskies (one a highrye mash bill, the other low) that is produced entirely at Sagamore Spirit’s Baltimore distillery before barrel-aging for four years at a nearby rickhouse. Just like it did during the country’s colonial era, the versatile spirit exhibits rye spice and toasted caramel on the palate.

12. Hermosa Organic Tequila
Newcomer Hermosa Organic Tequila, available in silver, reposado, and añejo expressions, was founded by Mexico native Will Elger. Inspired by a 1939 bottle of homemade tequila gifted to Elger’s father, the USDA and EU organic-certified Hermosa, which uses 100 percent blue Weber agave, is crafted the old-fashioned way, by the family-run Tequilas Las Americas NOM 1480 in Jalisco. To minimize waste, every part of the harvested agave plant is embraced at the distillery.