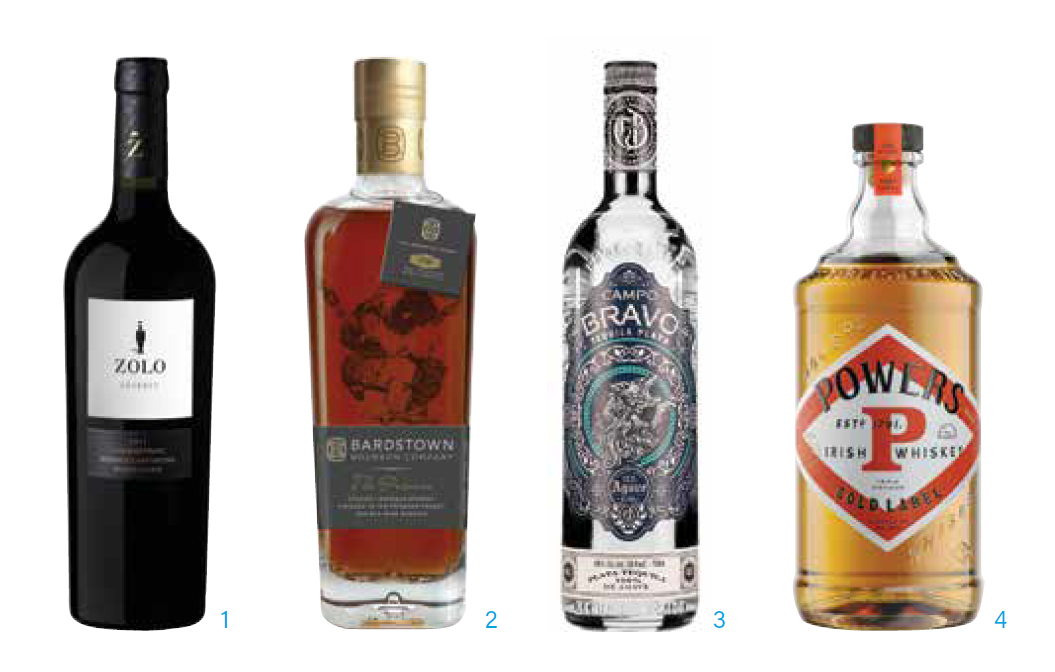 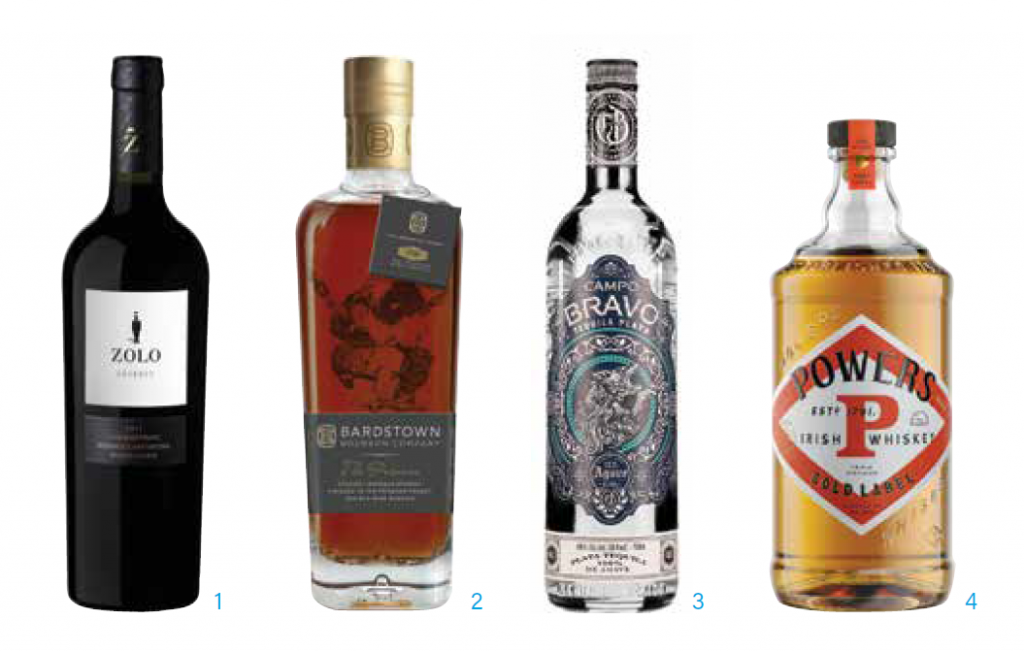 1. Zolo Cabernet Franc Reserve
Argentine winery Zolo has released a 2017 Cabernet Franc Reserve, made under winemakers Jean Claude Berrouet (formerly of Pétrus) and Fabian Valenzuela. In Zolo’s Alto Agrelo and Agrelo estate vineyards, whose 14-and 19-year-old vines’ fruit was previously being blended with Malbec and Cabernet Sauvignon, Berrouet saw conditions to achieve perfect ripeness in Cabernet Franc, which is crucial for the fruit and tannins to balance the floral and mineral aspects often found in the grape.

4. Powers Gold Label Irish Whiskey
New for 2020, Powers Gold Label Irish Whiskey, produced by Irish Distillers of Midleton Distillery, has a bold new bottle. The label’s vintage pot still silhouette pays tribute to the distillation method for which this historic Irish whiskey is renowned, and the highlighted red Powers diamond “P” is one of the first trademarks ever registered in Ireland. The updated design will start with Gold Label in March and then extend across the Powers line. 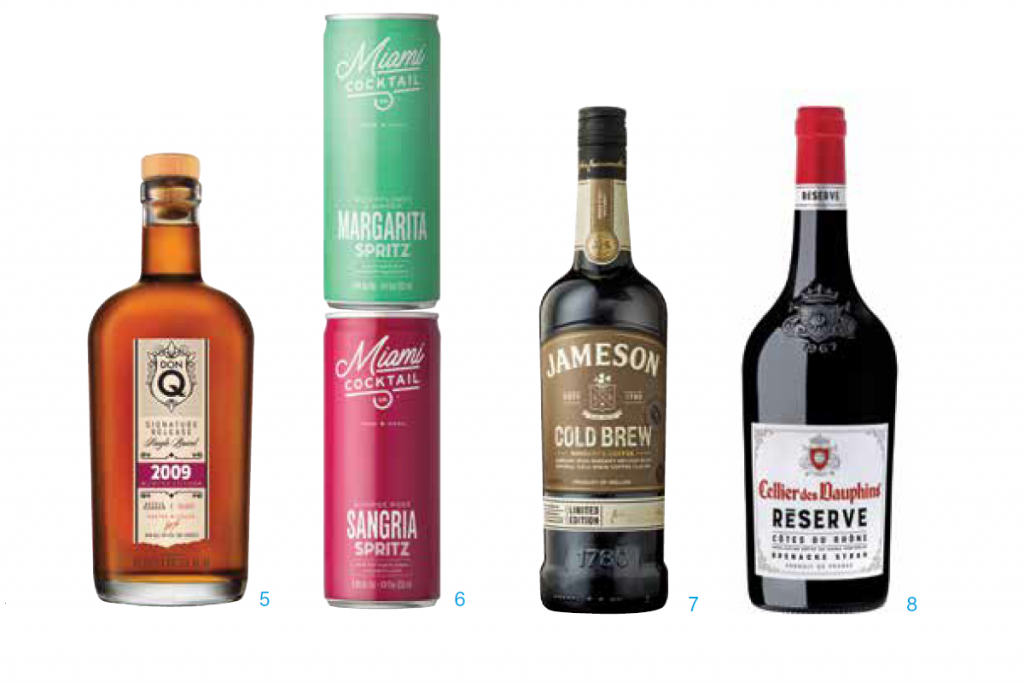 Destilería Serrallés, producer of Don Q Puerto Rican rum, has released the third edition of Don Q’s Signature Release, Single Barrel series. As with the 2005 and 2007, the 2009 rum was chosen from a limited selection of the Serrallés family’s finest rum stocks. Selected in 2009 and aged in charred American oak barrels until being bottled straight from the barrel with no blending in 2019, the rum is rich and full-bodied. Enjoy neat. 80 proof.

7. Jameson Cold Brew
Conjuring up notions of Irish Coffee, this new combination of triple-distilled Jameson Irish Whiskey and natural cold brew coffee flavor is a natural fit, and makes its way stateside after limited-edition success abroad. Jameson Cold Brew offers rich coffee aroma and a mellow finish, with notes of toasted oak and dark chocolate. Made with 100% Arabica Beans from Brazil and Colombia; line-priced with original Jameson. Enjoy on ice or in creative and classic cocktails. 60 proof. 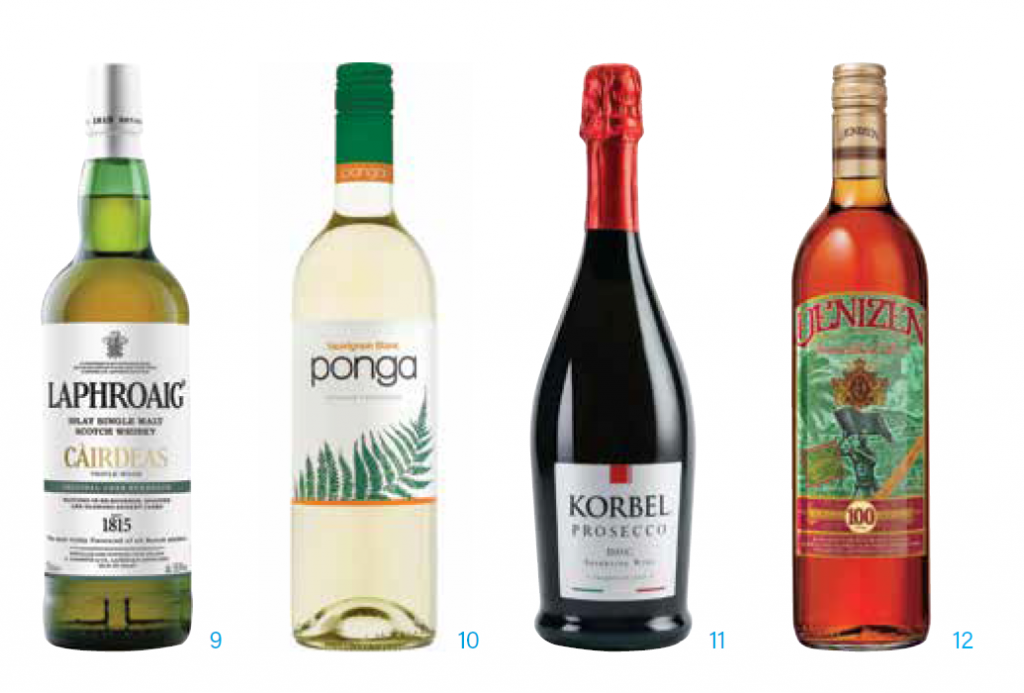 10. Ponga Sauvignon Blanc
With the 2019 vintage, Winebow Imports is introducing a new label for their Ponga Sauvignon Blanc from Marlborough, New Zealand. The look is fresher and brighter, with the native Ponga fern featured more prominently. Known for the silvery underside of its fronds that appear to reflect moonlight, the fern was named “Ponga” by the Māori people who tell stories of how the leaves helped guide their way through the dark.

12. Denizen Vatted Dark Rum
Hotaling & Co. has introduced Denizen Vatted Dark Rum; it is dark rum blended with rhum agricole from Martinique, in the “vatted” style originally formulated for the British Navy in the mid-18th century. The fresh, unaged rhum agricole provides a backbone of vegetal aromas, yielding a balanced spirit ideal for cocktails. The label honors the Guyanese slaves who rose up against British colonists in 1823, in what is known as the Demerara Rebellion. 100 proof.