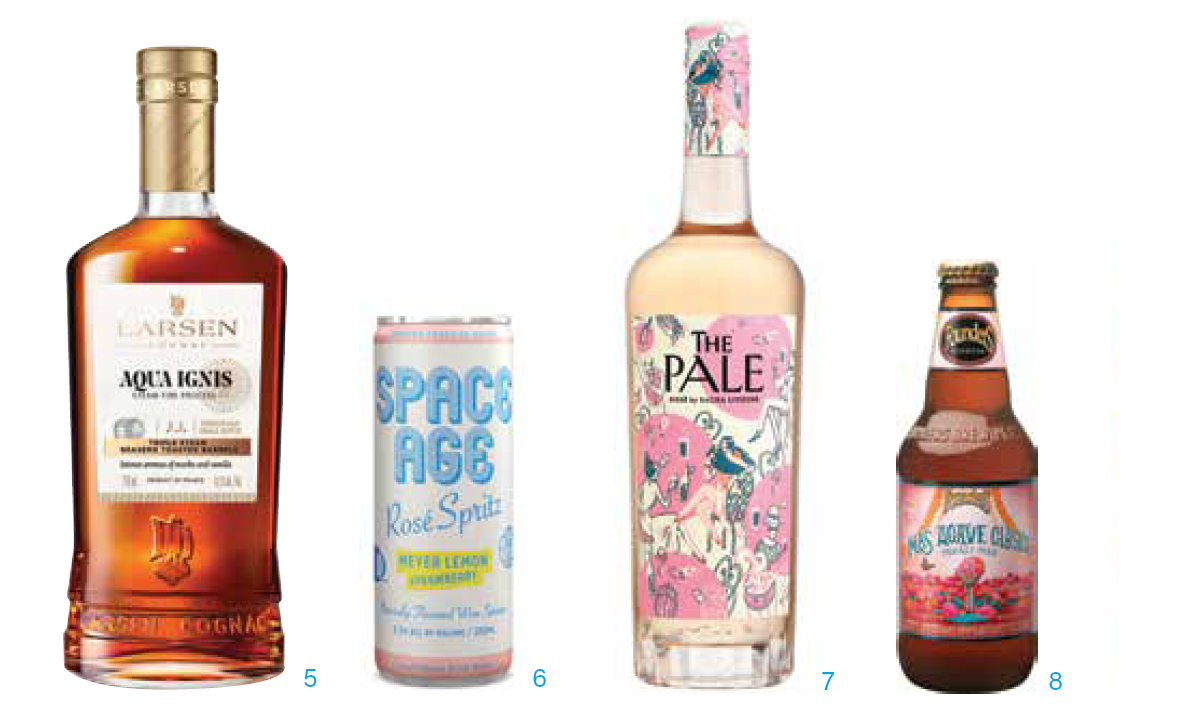 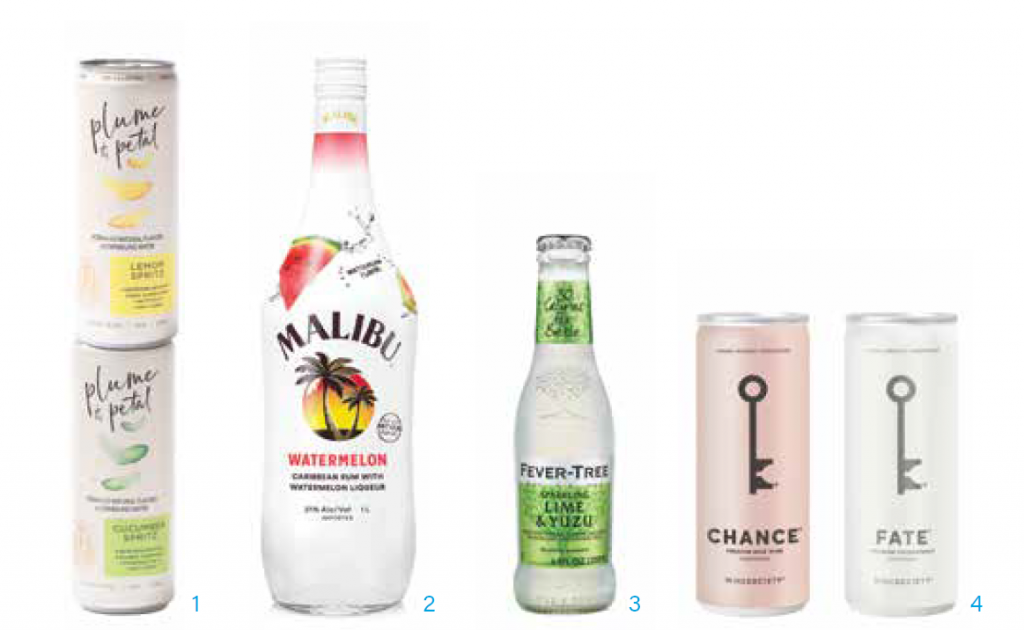 4. WineSociety Canned Wines
WineSociety has launched a 250ml grab-and-go size on the heels of a successful debut of its flagship 500ml canned wines, Tempt, Fate, Chance and Chance Bubbles. The new size offers the same premium wines – Tempt is a blend of syrah (65 percent) with petite syrah, petit verdot, merlot and cabernet sauvignon; Fate is a blend of chardonnay (75 percent) with albariño; Chance is a rosé made from an equal blend of zinfandel, syrah, and barbera; and Chance Bubbles is its bubbly version of the same blend. 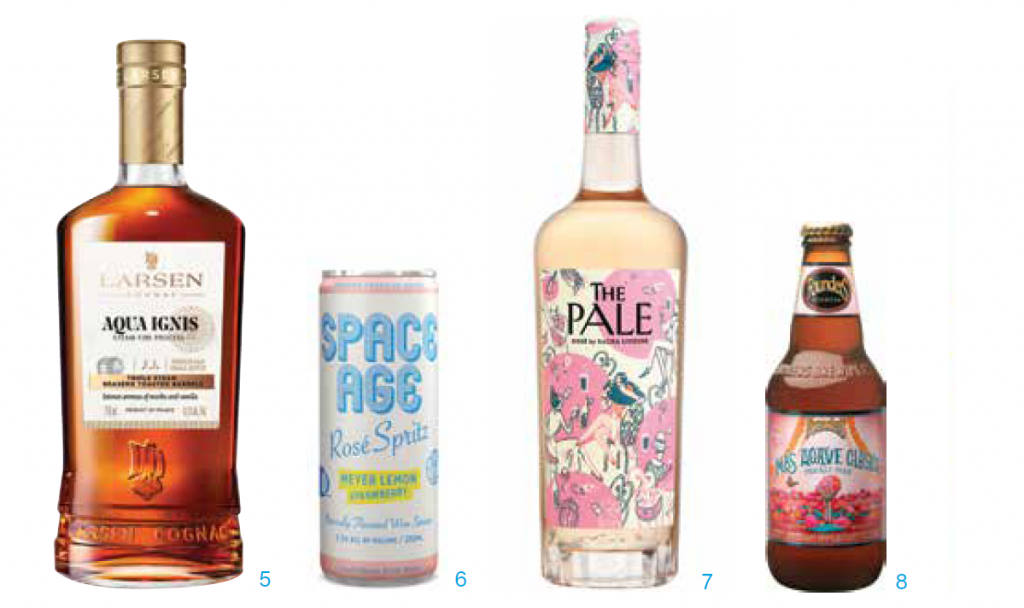 7. The Pale
Named after its transparent, pink color, The Pale by Sacha Lichine is a new creation for the U.S. market by the rosé pioneer, made in Provence from a blend of Grenache, Cinsault, Syrah, and Rolle varietals. It’s the newest rosé launched by Lichine, and with less than one gram of residual sugar, is meant for the sophisticated rosé drinker at an entry level price. Made by winemaker Bertrand Léon, the IGP Var wine is said to have aromatic freshness on the nose followed by subtle fruity notes on the palate. 12.5 ABV. 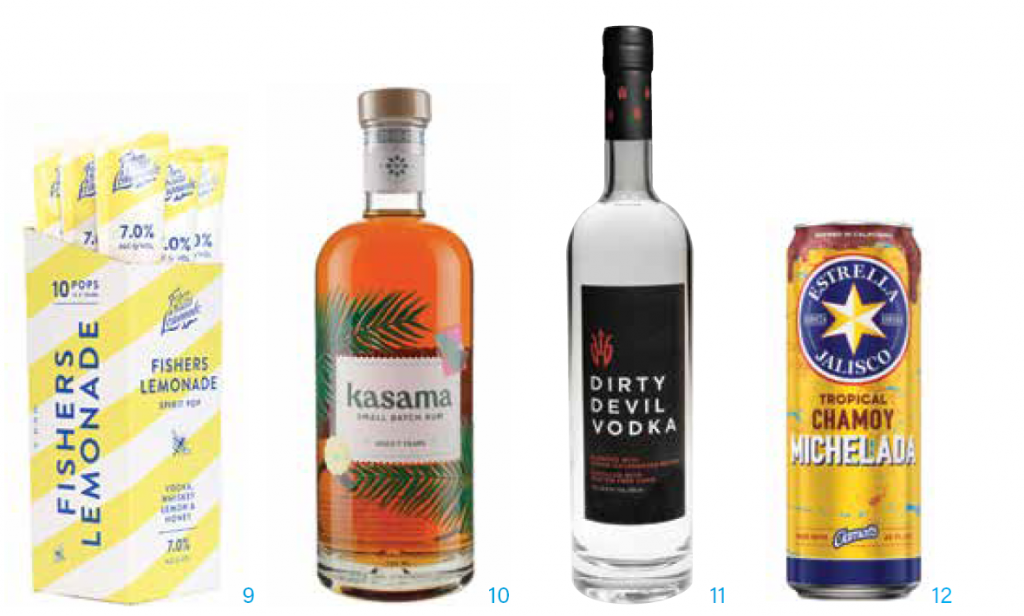 10. Kasama Rum
Kasama, named after the Filipino term for “together,” is a new rum that pays homage to founder Alexandra Dorda’s Filipino-Polish heritage, produced and distilled in the Philippines, and blended, bottled, and packaged in Poland. The golden rum is aged 7 years in ex-bourbon American oak barrels with dominant notes of sweet pineapple, a hint of vanilla, and a pinch of sea salt. Founder Dorda is the scion of the Polish family that created Belvedere Vodka and Chopin Vodka.

11. Dirty Devil Vodka
Dirty Devil Vodka, produced in Canada from non-GMO corn and hyper-oxygenated water, is expanding to the United States. Created and launched in Quebec in 2019 by St. Lucifer Spirits (SLS), Dirty Devil Vodka uses a patented process that yields water with five times the oxygen of ordinary water. The result is a vodka with a distinctively smooth and sumptuous finish at 84 proof.

12. Estrella Jalisco Chamoy Michelada
Estrella Jalisco announced the latest addition to its Michelada portfolio with the new Tropical Chamoy Michelada, joining its fruit flavored line of brunch beers. The flavored lager is 3.5 percent ABV, with the sweet and tart taste of pineapple with a kick of heat from Clamato and chamoy (Chamoy is a popular Mexican condiment typically served as a dip for fresh fruit, made with fruits like apricot, mango or plum, chilies and lime juice and is bottled in varying degrees of spiciness).