Ready-To-Drink Sangria is Having a Moment 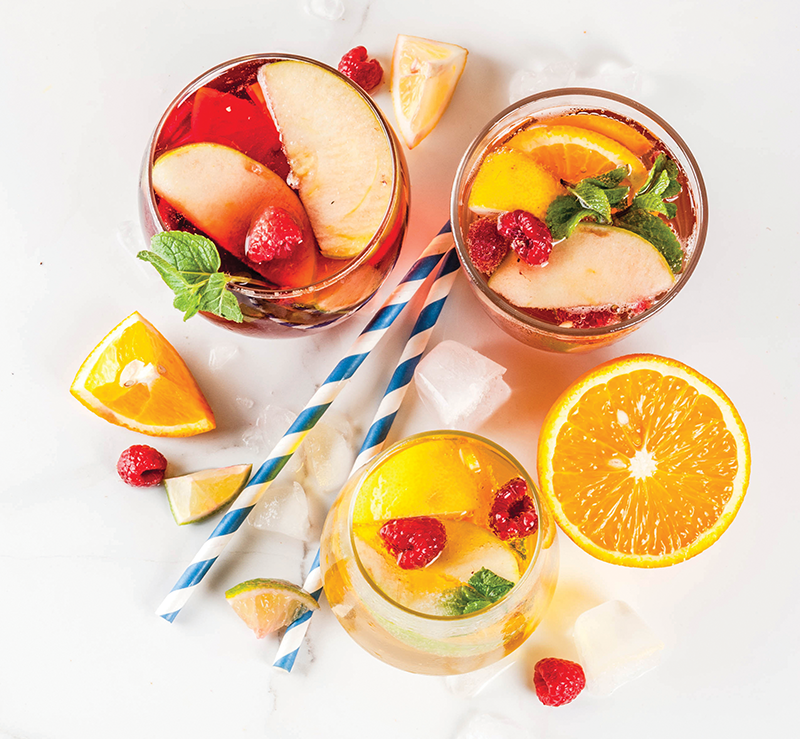 Sangria: Ready-To-Drink Sangria Is Having A Moment

Beverage segments come and go with the ebb and flow of consumer trends, but one category that’s had a dependably 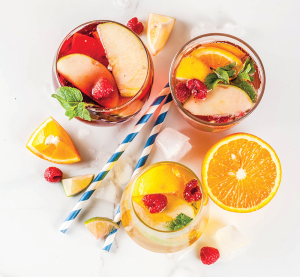 steady, yet relatively quiet presence on the scene has been ready-to-drink sangria. There are some periods in which it’s more fashionable than others, but it’s always somehow managed to adapt to evolving consumer habits.

Ready-to-drink sangria is a relatively tiny segment, accounting for about 4.7 million total cases and revenue of about $193 million in the 52-week period that ended in late March, according to Nielsen. Volume grew about 4.1% and revenue climbed about 3.5% over the prior 12-month period. Domestically produced sangria represents the larger slice of the market, 3.7 million cases to imports’ 972,459 cases. But import volume grew faster during that period, surging 9.6% versus domestic growth of 2.7%.

“Sangria is something that attaches itself to a lifestyle,” says Darren Restivo, Marketing Director and Principal at Biagio Cru Wine & Spirits, which has been active in the sangria segment for about 15 years. “Just like rosé is pretty much a lifestyle, sangria has become a lifestyle—it beckons to being on the beach, at concerts, part of wedding celebrations, at Thanksgivings and Christmases.”

Biagio Cru’s sangria portfolio includes Lolailo, a 6% ABV offering made from Tempranillo and Bobal grapes blended with Valencia orange, lemon, herbs and spices; the 8% ABV Sol de Ibiza, using organic Tempranillo and Syrah, combined with organic citrus fruit; and the Tempranilla-based Swashbuckler, the company’s draft option that’s a considerably stronger 15% ABV. “Swashbuckler is very much made to hold up to a pitcher of ice,” Restivo says of the super-sized ABV.

From Kegs to Cans

Glunz Family Winery was an early mover in the U.S. RTD sangria business. As far back as 1976 sangria was one of four wines—in addition to a chablis, a burgundy and a blush—that Joseph Glunz was marketing in kegs.

“He started those four categories of draft wine,” says winemaker and general manager Matt Glunz, Joseph’s son. “Then draft sort of went away after a while as people got a little more into drinking wine, drinking varietals. The generic categories went away. But sangria kind of kept on going.” 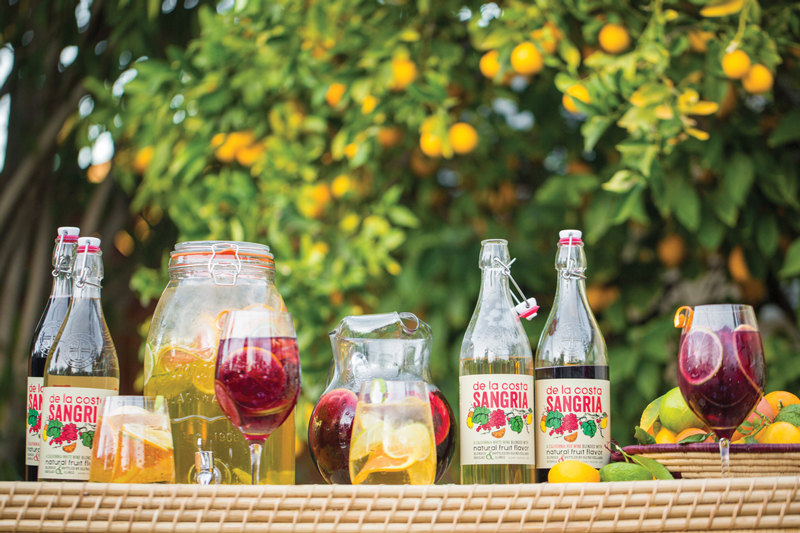 In the ’90s, the company started packaging its De La Costa brand in 1-liter swing-top bottles (though it is still available in draft form). Soon Glunz was selling De La Costa in Whole Foods, which saw an opportunity to cross-merchandise it in the produce section.

Now marketed nationally by Bronco Wine Co., De La Costa is available in White, with a Sauvignon Blanc base, and Red, made from a blend of Zinfandel and Merlot—both combined with extracts from fruits like lemon, lime and grapefruit. It differs from most Spanish-style sangrias in that De La Costa closer to a full-strength wine at 11.5% ABV—any dilution comes from the ice over which consumers will pour it. “We pick the grapes a little earlier so the acid is a little more present in the wine to balance the sweetness of the sugar we add,” says Glunz. “We ferment everything dry and add back a little sweetness for consistency.” 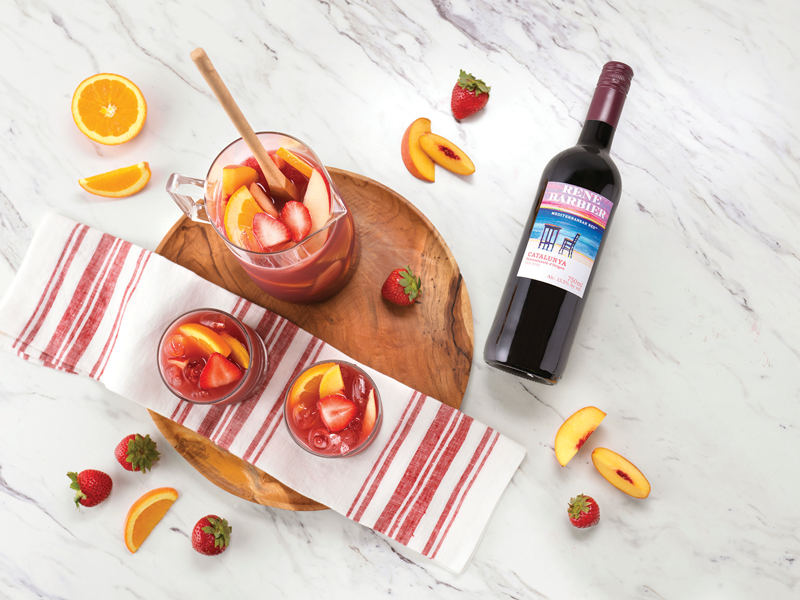 In April, Glunz launched De La Costa in cans after Matt Glunz’s brother, Stephan, the winery’s operations manager, did extensive research on canned wine. “Canned wines are really geared toward summers and summer-type activities,” says Glunz. “[Stephan Glunz] was like, ‘listen, there’s nothing more summer than Sangria.” Plus, the one-liter glass bottle is a non-starter on golf courses, poolside and on boats.

Biagio Cru also offers a canned version of Lolailo, which it launched late last year. “Ready-to-drink sangria is becoming even more ready to drink thanks to cans,” says Restivo.

Many other familiar importers and producers have been active in the space:

And, if the category’s current trajectory continues, expect to see more brands to pop up in the next couple of years.

“It’s been wild since we started [selling sangria] and now the category is just flooded,” says Glunz. It’s interesting to see how quickly a category can fill up. We were out there with three or four others and now there are just hundreds of other premixed sangrias.”