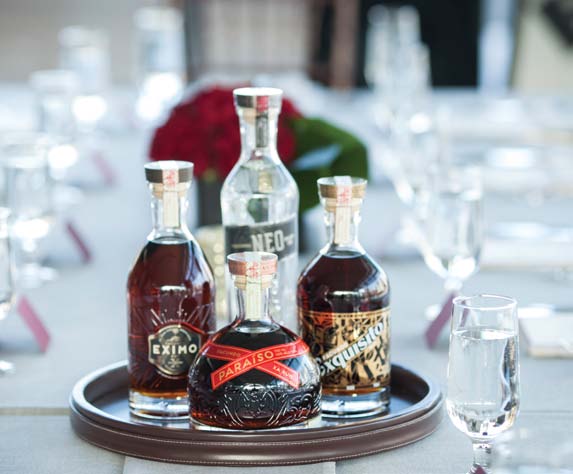 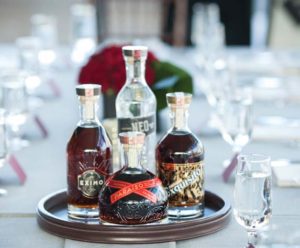 Despite being crafted from one ingredient—sugar, either as cane or molasses—there may be no major spirits category quite as diverse as rum. Having a handle on the types, flavors and stylistic nuances of this extremely versatile liquor is invaluable when it comes to determining how to optimize crowded shelves, and how to guide patrons toward more educated buying decisions.

“There really is something for everyone,” says Jessie Duré, head bartender for the recently revived Chumley’s in Manhattan. “You can sort of travel the world through rum.” But how to make sense of it all? Unlike other types of alcohol, such as Wine or Scotch, geographic maps are not as helpful with rum as a conceptual one can be.

So think style rather than place. Using a conceptual approach, several rum types can be collected under the “Cocktail” aegis. Similarly, aged and high-end rums fit into the “Sipping” genre. And “Flavored” rums, including spiced, comprise a third major branch of the tree. Further, more specific rum niches can be identified within the major types—over-proof rums in the cocktail genre, for example, and rum creams within Flavored.

One advantage: rum fans have proven equally comfortable with a brand producing a value expression, flavors and super-premium extra-aged expressions all under the same label. So rum lovers have a great opportunity to explore, even within a single brand.

Consider the categories below rough guidelines designed as a stepping stone to developing your own complex rum map. 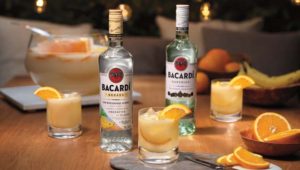 Granted, most silver/light/white and gold rums will end up paired with cola or blended into Mai Tais or Mojitos. Nothing wrong with that. But how much do brands matter? While Bacardi had the lock for decades, today options range from inexpensive well spirits to highly regionalized small-batch craft examples, many of which offer a distinctive flavor profile and cost that comes into play.

The large amount of b(r)andwidth that rum labels take up presents both a challenge and an opportunity for bar owners and retailers. On the one hand, it’s essentially impossible now to stock everyone’s favorite label. On the other, it can provide an opportunity for exploration and education; if a customer doesn’t see their favorite brand on the shelf, staff should be able to suggest comparable alternatives—as in rums that are similarly dry or sweet, light or heavy, or feature dominant notes of, say, banana, caramel or citrus.

It’s important to note that while white/silver rums are generally used in classic drinks like the Daiquiri and Mojito, gold and well-aged examples bring character to drinks in place of blended Scotch, Cognac or bourbon. Brugal Blanco, an earthy, full-bodied dry rum, highlights sensuous riffs in classic daiquiris. Appleton Estate Signature Rum, from Jamaica, makes an appealing replacement for spicy rye in a Sazerac.

The diversity among cocktail friendly rum is no coincidence; it is a conscious effort on suppliers’ part. Bacardi has upped its cocktail game with the premium Maestro de Ron, which doubles down on the complexity and length of barrel-aging, showing heady vanilla, spice and earth notes. Despite pushing (potentially) into fine rum sipping territory, Bacardi has positioned this rum as an elevated cocktail ingredient, adding additional flavor and body to traditional rum drinks.

To make an official Painkiller, it takes Pusser’s Rum. And in an interesting court verdict in 1936, a judge ruled that the Bacardi Cocktail, a Daiquiri with a grenadine splash, must be made with Bacardi Rum.

Within rum’s “Cocktail” realm are trendy subsets. Overproof (or Navy) rums have been around as long as there have been pirates; their popularity today rests in their ability to stand tall in bold cocktails. Among the options: Wray & Nephew (63% ABV), Lemon Hart 151 (75.5% ABV) and the new 69% ABV Plantation OFTD.

While Cuba is a long way from full accessibility, the recent relaxing of regulations for Americans has set the stage for Cuban rums to slowly enter the market, including the original Havana Club (still not available in the U.S., though bartenders have been known to make it appear on their bar), Bacardi’s Puerto Rican-based Havana Club (made in a Cuban style), and the new Black Tears (already available in the U.S.), which is distilled in Cuba, and bottled in Germany.

Spiced/Flavord Rums: Rum is nearly as dynamic as vodka when flavors join the fun.

According to the Distilled Spirits Council, spiced and flavored rums account for half of all rums sold. Two brands—Captain Morgan and Sailor Jerry—rule the spiced roost. But even here, there’s been significant movement within the category, most notably by The Kraken, a Proximo label, which grabs interest among younger drinkers and Instagram influencers. Last year, a new expression, Black Spiced Rum, expanded The Kraken’s reach.

In addition, we’re seeing stirrings at the premium level, elevating what has long been a poolside favorite into the realm of craft spirits. The producers of San Diego’s Malahat Spirits spent five months perfecting their spiced rum which sells for about $40 a bottle. Unlike The Captain, it’s intended to be sipped and savored. Barbados based Bumbu sources cane from a wide variety of islands, ages up to 15 years and is finished with a subtle roster of Caribbean spices; its dominant vanilla character derives from both spices and aging.

Flavored rums have also witnessed impressive expansion over the past few years. While classics like Malibu focus on tropical staples—coconut, pineapple and banana—the flavor spectrum these days is much wider. Cruzan has the tropical basics covered, plus wild flavors like blueberry lemonade and passion fruit. Bacardi offers up lemon, raspberry and tangerine. Blue Chair ups the ante with flavors that very much taste fresh and authentic, including coconut, vanilla and banana. Captain Morgan has introduced the cinnamon Cannon Blast and coconut-flavored Loco Nut. And Brinley Gold Shipwreck (St. Kitts) offers elegant, fun bottles of vanilla, coffee and mango.

Rum creams, long popular in the Caribbean, have experienced increased attention. In part this is due to the continued success of RumChata, a devilishly tasty blend of cream, cinnamon and rum evoking spiked Mexican horchata drinks. Shipwreck recently launched a Coconut Rum Cream, and Blue Chair has a new Key Lime Rum Cream.

Sipping Rums: With age comes beauty … and depth and luxury. 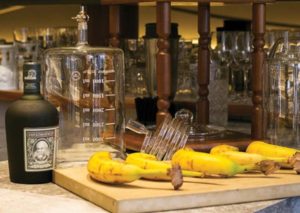 Although rum’s fame is deep-rooted in poolside sipplers like the Piña Colada, in recent years an increasing number of rums, generally well-aged and carefully selected, have entered the realm of the true sipping spirit. These rums are different: round, warm, complex; and enjoyable neat or on the rocks as a single malt, bourbon or XO Cognac.

In general, these rums tend to be more expensive than their Cocktail and Flavored peers, they actually offer significant value compared to single malts and the like. Plus, the quality is there, beckoning,” says Joy Spence, of Jamaica’s Appleton Estate: “People are understanding rum can be sophisticated and complicated, and enjoyed the same way you enjoy Cognac, Scotch and bourbon.”

Prices vary, but generally speak to the elevated quality of aged expressions. Cruzan has a budget-minded Aged Light and Aged Dark Rum, plus the award winning Single Barrel for under $30. Bacardi 8-year averages around $30, Brugal’s Leyenda sits at $45, while Don Q Añejo checks in over $50. Brinley has just launched a “White Reserve” replete with white birch bark label.

Appleton’s recently released “Joy,” celebrating Joy Spence’s 35th year with the company and 20th as master blender, is the brand’s first 25-year rum expression, priced at $250. The Facundo Rum Collection from Bacardi (including Neo, Exquisito and Paraíso) range from $45 to $270. And Brugal released its limited edition Papa Andres Alegria two years ago, in limited edition decanters, for $1,500, raising the notion of “investment” rums designed to compete with high-end single malts.

While rum can be produced anywhere, it’s only recently that we’re seeing exceptional aged expressions coming from surprising ports of call—meriting a subcategory perhaps best dubbed “World Rums” (again channeling whisky). Consider highlighting these somewhat unusual brands in a stand-alone display or in a menu subhead to spark interest among customers. Examples might include two labels hailing from the Philippines: Tanduay— which despite the light aging and approachable price points ($20) is surprisingly round and complex—and the recently launched Don Papa ($40), aged up to seven years in the hot, humid foothills of Mount Kanlaon. Diplomatico and Santa Teresa have put Venezuela on the map for both great cocktail and fine sipping expressions.

And it could be argued that New England was a significant original source of rum (since sugar cane was processed in the colonies for shipment to England, leaving lots of molasses). Now thanks to the craft distillery movement, American rums like Privateer from Massachusetts and Thomas Tew from Rhode Island are getting well-deserved regional love. And, proving that you never know where fine rum will turn up on a map, the largest privately-owned rum distillery in the U.S. now is Bayou Rum, in Lacassaine, Louisiana, and the brand is attracting quite a following.

Rum’s flexibility is its superpower: flavored rums like Malibu Coconut can enhance a Piña Colada or a Hurricane; RumChata sips nicely over ice or in coffee; and if you’ve got the scratch, a Rum Old Fashioned with Ron Zacapa 23-year ($35) is out of this world.

As can be expected, there are some particularly notable crossovers, worth pointing out to your customers. The Kraken, for example, while a spiced rum ideally suited for blending with cola or ginger beer, sips well on its own.

Blue Chair, best known for its flavors also offers a clean, citrusy white rum perfect for cocktails. Shipwreck’s Coffee flavor is perfect for a riff on a Black Russian, and the strong yet smooth Bacardi 8-year, though designed for sipping, lends itself nicely to a classy take on Tiki cocktails like the Dr. Funk.