September Cover Story: Under The Influence? 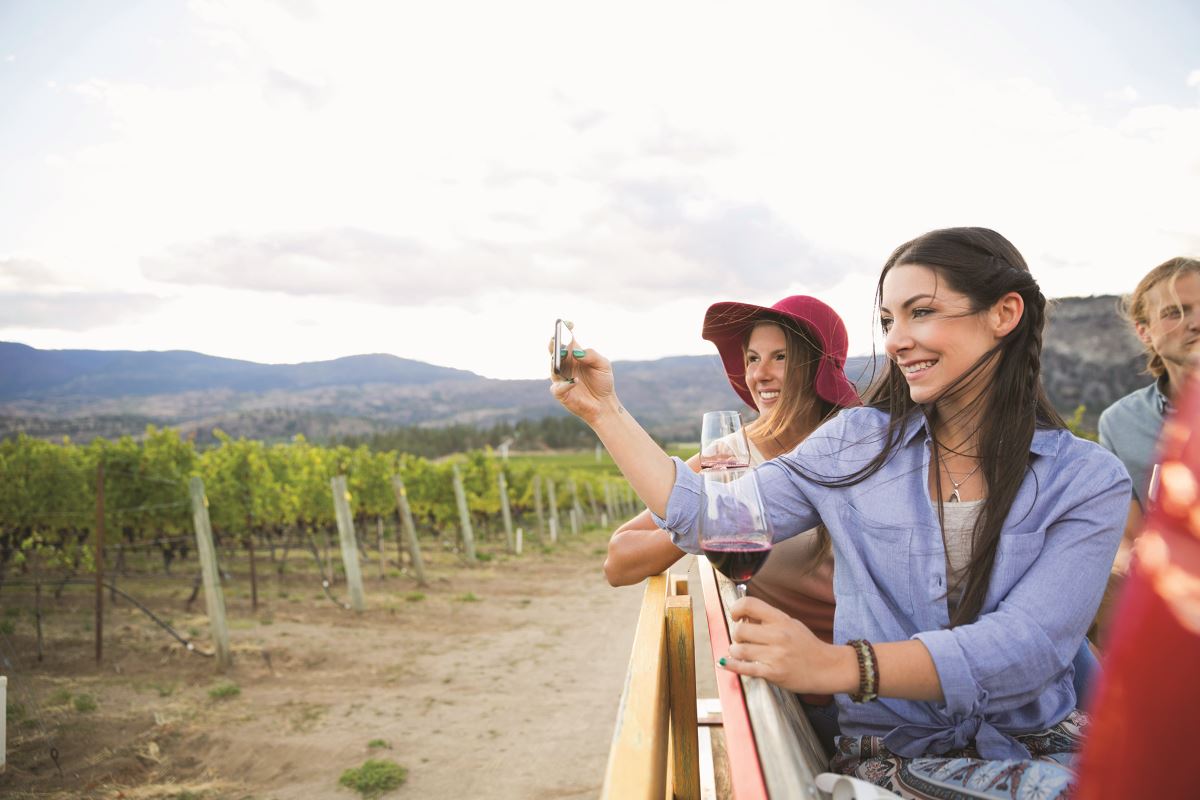 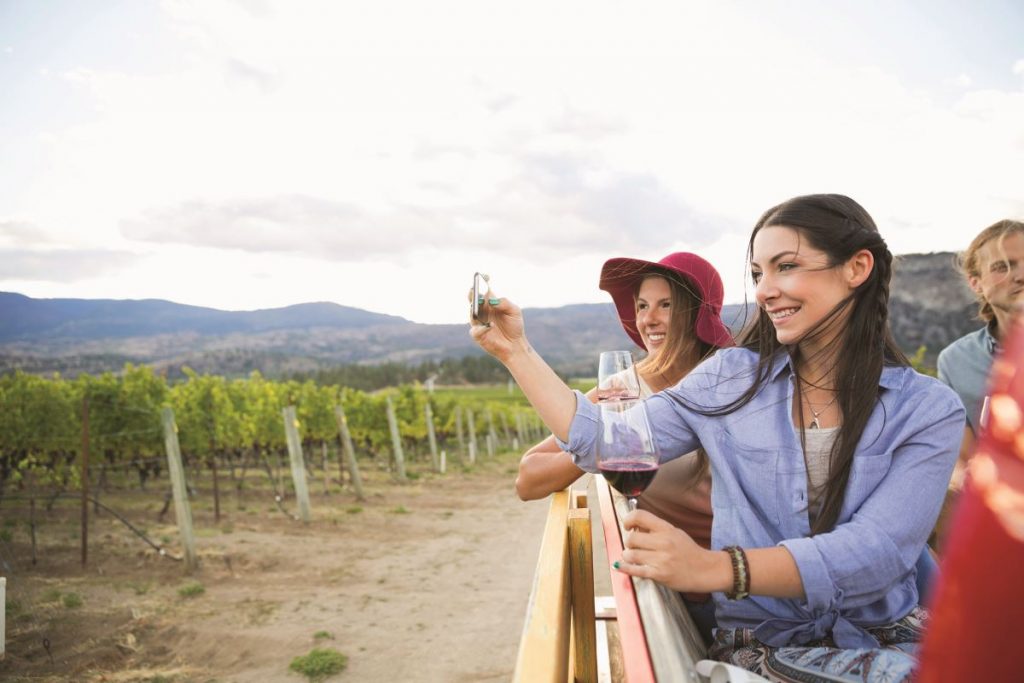 They’ve upended the fashion world. Their impact has transformed the health, fitness and beauty industries as well. And today, we are increasingly feeling their impact in the wine business.

We’re talking about Social Media Influencers. The Cambridge English Dictionary defines “influencers” as “individuals whose effect on the purchase decision is in some way significant or authoritative.” By establishing some credibility in a specific industry, or merely accruing a large audience (Kim Kardashian has 115 million followers!), Social Media Influencers have access to a coveted—largely Millennial—demographic.

For companies of any size, the appeal of harnessing Influencer power to promote brands is obvious: According to online publication Social Media Today, Influencer marketing delivers 11 times higher return on investment than traditional forms of digital marketing and 94% of marketers who’ve used Influencers to market their products believe the tactic was effective.

But how does this translate in the wine world? What does it mean to market and sell wine in a culture where communication is conducted in snaps and posts? As more and more suppliers, retailers and wine professionals invest significant time and resources into social media marketing and engaging Influencers, one has to wonder: Just how many additional cases are moving as a result?

SAY CHEESE
What does a big pink camel have to do with wine? Both are fun—and together they make great photo ops for Instagram, etc. Whispering Angel brings the big pink camel to tasting events and festivals, ensuring lots of social media action. Hashtags, e.g., #Pinknic2018, are one way that like-minded posters or people at the same event can connect their posts.

There is no shortage of voices out there, and suppliers are eager to align their brands with the most powerful—not necessarily the most wine knowledgeable. It’s becoming more and more common to scroll through Instagram and see posts of self-declared “lifestyle experts” extolling the virtues of various wine brands. These “sponsored content ambassadorships” are sometimes paid for, but trips, meals, free product and VIP treatment at events are also common currency.

Paul Chevalier, National Fine Wine Director of Shaw-Ross International Importers, states that Château d’Esclans, producer of rosé star Whispering Angel, doesn’t employ, pay or “fill cellars” of Influencers, but rather, invites them to events hosted by the brand. And once they are there, the presence of a lifesize pink camel practically guarantees Instagrammable moments with The Palm by Whispering Angel, their latest social-media-friendly label.

Chevalier notes that Influencers’ level of wine knowledge is not imperative to their marketing of the Whispering Angel brand, though the producer must maintain a balance, so as to still be perceived as a serious wine company. “You don’t want to look like you’re trying too hard,” he explains.” he says. “And we don’t want it to become too fictional.” Whispering Angel’s Instagram is run by a PR team that Chevalier keeps an eye on. When asked if he believes that working with Influencers has boosted product sales, he answers without hesitation: “For sure.”

Stuart Kirby, Director of Media and Promotions at E. & J. Gallo, reveals that the company has relationships with a select group of Influencers, but does not confirm or deny whether or how they are compensated. “Our Influencers undergo an extensive evaluation process ensuring the brand’s objectives and priorities are met,” he says, adding that wine knowledge level is dependent on the specific campaign. “For some of our popular brands, like Liberty Creek, it may be irrelevant whether the Influencer knows much about wine,” he says, “whereas for a brand like William Hill Estate, Influencers need to a higher level of wine knowledge to communicate the nuances of the brand authentically.”

Chevalier is quick to credit the overall success of Whispering Angel to a mixture of marketing techniques, including social media, partnerships, print ads and write-ups. “I don’t think you could just count on social media; I think that a good mix is healthier,” he says, noting that the brand’s clientele isn’t just Millennials. “[People] in their forties and fifties are probably not all over Instagram.”

View from the Street

Do retailers see the Influencer impact? Michael Wartell, Senior Manager of Information Systems at BevMax, a retailer in Stamford, CT, believes, “Everything still depends on the quality of the brand. The [Influencer] name will sell the bottle once; the beverage quality will make it repeat.” He notes that despite the industry’s constant inundation with new products, very few end up sticking, as people generally fall back to their favorites. Wartell reveals that BevMax’s consumers still seek 90+ scores, as well as the “personal touch” of staff recommendations.

Lindsay Berg, Marketing Director at Tower Beer, Wine & Spirits in Atlanta, GA, believes authenticity will always have a stronger pull than that of an Influencer-based promotion. “I think wine consumers’ decisions are influenced by social media posts only if they trust and know the person or company posting, even if just by reputation,” says Berg, adding that Tower uses social media to only promote wines that staff members enjoy and believe in.

“I’ve been involved with a few campaigns with social media Influencers and I can’t say if it’s had an impact,” says Jeff Harding, Beverage Director at New York City’s Waverly Inn. “I think it’s basically a new form of advertising and people are trying it out as a way to reach a generation of people attached to their phones. I think the verdict is still out.”

DEEP DIVE Patrick Cappiello also found that he was able to transfer social media success to some of the small producers in his distribution company, Renégat.

Many wine professionals bemoan the rise of digital Influencers, but more than a few have realized the value of cultivating their own social media audiences. They combine large reach with highly-trained palate: call them “qualified Influencers” if you will.

Sommelier and restaurateur Patrick Cappiello (29,400 followers) is a prime example: “Social media is not a traditional thing that I’ve done,” says Cappiello. “I’m 45 years old. When I came into the industry, there was no social media; things evolved quickly.” He initially joined Instagram because his ex-girlfriend was an artist and all of their friends were using it. Then he followed the advice of a peer. “When I joined, no wine people were on Instagram,” he recalls. “Raj Parr [sommelier turned winemaker] got into it next, but told me I needed to get on Twitter. He told me, ‘You’ve got a great wine list, but you’re never going to get people to drink the wines unless they know they’re there.’”

Cappiello followed Parr’s lead and, almost instantly, the results came in. “I’d post a picture of a bottle and get a lot of feedback. People were coming into the restaurant saying ‘I saw the wines you were pouring by the glass.’ I thought: Wow, this is an unbelievably powerful tool.” Cappiello’s also reminds that chatter on social media is still tethered to reality: “We need to remember that there’s an end to the transaction, people are going to buy the wine and taste it, and if consumers are smart enough to realize that they were falsely led, hopefully the reaction is that it doesn’t last.”

What everyone seems to agree on is that only qualified Influencers, like Parr and Capiello, will ever have relevance in the fine wine space. “The fine wine industry is a pretty small place, with products that don’t scale well and don’t want to engage with their customers that way,” says Morgan Harris, a San Francisco-based sommelier. Influencers are relevant to more mass-market wines because it’s a different audience, he believes: “We’re living in this attention economy, so brands and businesses that want to do volume will engage with Influencers, because they are really looking for that blue ocean audience so that they can grow.”

Chances are that by the time we can actually measure the value of social media Influencers—wine savvy or not—digital marketing will have moved on. “The word on the street is that there is a lifeline to this whole thing,” says Chevalier. “I do like the idea of going more towards video; you can tell a story instead of just a cute picture, and add value to things.”