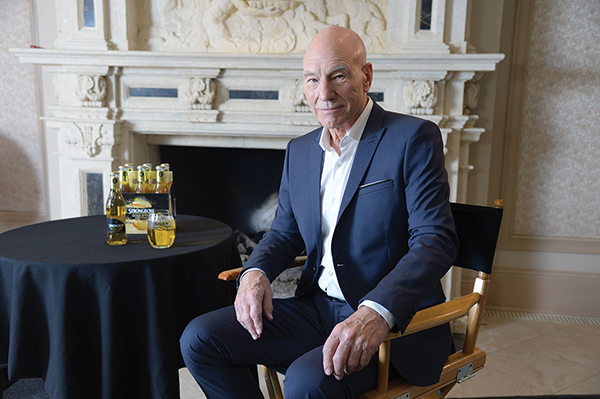 Global brand Strongbow Ciders launched its latest television commercial campaign starring legendary actor Sir Patrick Stewart. The national campaign highlights why Strongbow over ice is the “bestest” cider experience possible, so much that even a respected celebrity the caliber of Sir Patrick Stewart isn’t necessary. The tongue-in-cheek take on celebrity marketing will be supported through a mix of traditional and paid media, digital media, public relations and experiential marketing. “As a cider fan, the idea of working with Strongbow was very appealing, and the tone of their creative idea paired perfectly with my own,” said Stewart. “We had a great time filming the spots.” In addition to the new TV campaign, Strongbow has unveiled two new flavors, Strongbow Red Berries and Strongbow Ginger, as part of a brand new variety pack launch.