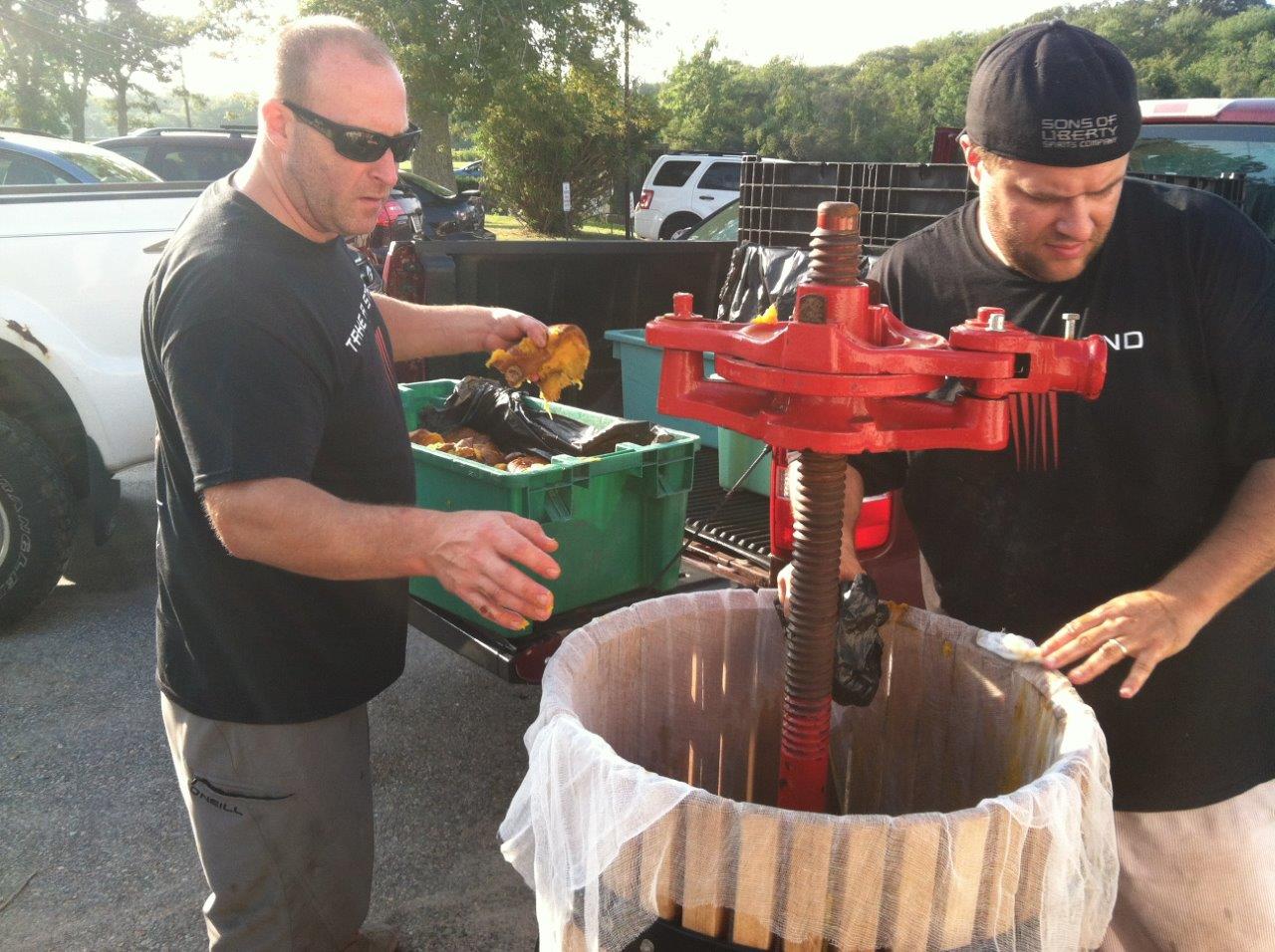 South Kingston’s Sons of Liberty, distillers of American craft whiskey, announced its first-ever 2013 winter release: Pumpkin Spice. The whiskey started from 2,000 lbs. of handpicked pumpkins from Carpenter’s Farm in South Kingstown, which were then cut and cored with help from recruited volunteers from Facebook. The pumpkins were then roasted in Millonzi’s Bar & Grille’s ovens and pressed into juice in a wine press back at the distillery. The juice, boiled and filtered, was blended with a Son’s of Liberty American Single Malt Whiskey and clove, sweet orange, allspice, vanilla and cinnamon. “It’s a really nice autumn and winter whiskey that complements the season and really captures the essence of New England this time of year,” said Bryan Ricard of Sons of Liberty. Shown: Chris Guillette, distiller with Mike Reppucci, owner and founder of Sons of Liberty Spirits. 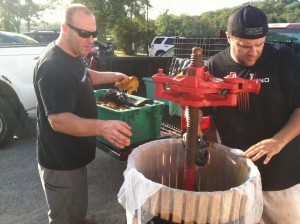 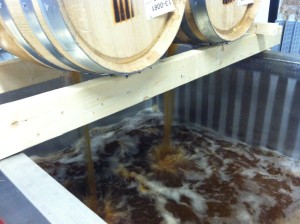