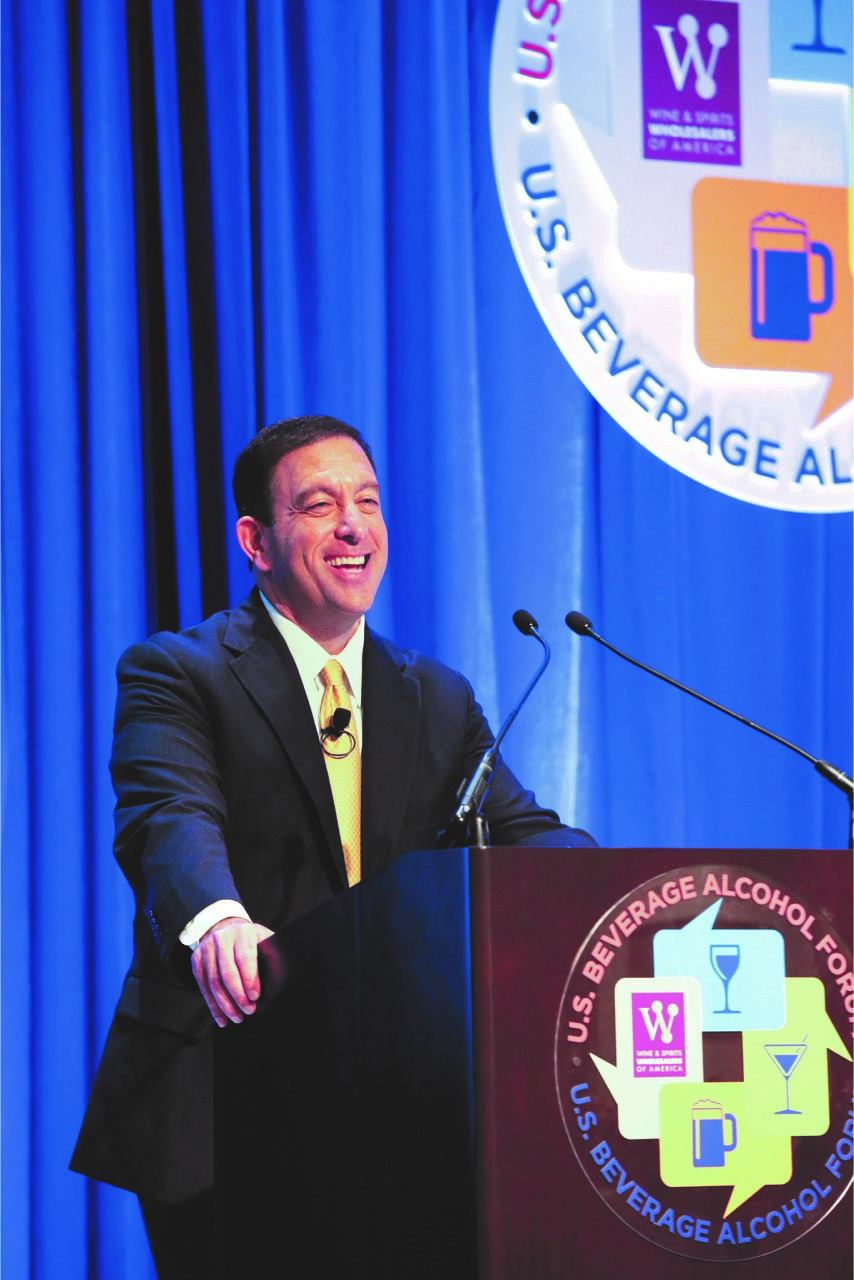 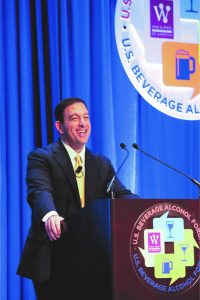 A Conversation with Craig Wolf

By Kristen Bieler
Next year marks the 75th anniversary of the Wine & Spirits Wholesaler Association (WSWA) Convention. Ahead of this milestone year, we sat down with WSWA’s President Craig Wolf, who weighed in on the changing dynamics in the direct shipping debate, the threat of private labels, and supporting women in the industry.

On The State Of WSWA

Beverage Media Group: With a budget of $11 million and staff of 23, it appears the WSWA is robust as ever. Can you affirm?
Craig Wolf: The association is stronger than it’s ever been, no question. Since 2006 when I became President, our budget has climbed from $5 million and our PAC has grown consistently, now seeing contributions of over $2 million annually. We’ve also expanded our staff to include people very experienced in legal and regulatory issues.

BMG: How about Convention attendance?

CW: Since 2008, the numbers have been up every year. We present a high-quality meeting, but the increase is also a function of all the innovation we are seeing. New players in the marketplace are always looking for distribution. The convention is the only place where you will see wholesalers from all over the country.

BMG: How successful has WSWA been in recruiting small to mid-sized wholesalers?

CW: There are between 1,000 and 2,000 small to mid-size wholesalers around the U.S. and we are targeting that group. Last year we brought in 12 new members. The smaller guys are focused on their business; saving money is huge. Bob Wiggans, our Director of Membership, has instituted a buying program with 32 different products and services that are needed in a wholesale operation, from computer systems to pallet jacks, and many at a discounted rate. And he has cut the cost of the convention for them. Very quickly they see the benefits of the convention—that it’s a way to do business in a cost-effective manner in short period of time. 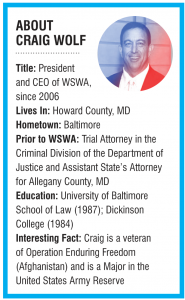 BMG: You’ve been fighting the direct shipping battle a long time. How has this challenge evolved?

CW: Wineries shipping illegally was once the focus of this debate, but today the focus is on the retail sector. And we’re opposed to it, based on what we see out there.

New York has been at the forefront on this, with a large number of licensees shipping illegally into other states. States are complaining because they are losing millions of dollars in tax revenue, as well as licensing fees and jobs. Many retailers are unapologetic and some have filed litigation, which has been largely unsuccessful.

I think the regulatory agencies are recognizing they have some issues that aren’t just wholesaler-related. Frankly, the problem is that retailers want to act illegally; they want to avoid jurisdiction—and when they get caught, they want to sue. They want to take every angle other than confronting the issue directly with legislative efforts, and we’re happy to have that battle.

In a surprising turn of events, we’ve actually worked well with FedEx and UPS and the wine industry on carrier reporting legislation, which requires the carriers to report the shipments to the state regulatory authority.

BMG: How have the rapid delivery sites, like Drizly, Minibar or Thirstie, changed the playing field?

CW: On-demand has really altered the delivery dynamic. We’ve partnered with Drizly, a three-tier-compliant model which gets consumers what they want within an hour, and have now expanded into DrizlyPlus, which actually allows wholesale inventories to be posted on the Drizly site as well. Our research has shown that most consumers who order online want products they can get locally, and they simply value the convenience of getting it at their door within an hour.

BMG: You’ve been vocal on the threat of private labels created by large chain retailers and the impact on many tiers of our industry. How can this best be addressed?

CW: The problem with private labels is that they have an economic advantage over every other brand—big and small—by going direct. We’ve been fighting this a long time, but most people don’t understand this issue and the regulatory community is not prepared to act. In many cases, suppliers need to get involved because many private labels are knock-offs; they need to protect their intellectual property.

Wholesalers are in the business of filling customers’ needs, so they are playing in the private label space, but aren’t necessarily happy about it because it means less mainstream brands and SKUs on retail shelves. In the end, it’s how you view the consumer—the consumer will win or lose by having a product that is lower quality, but cheaper. It will be interesting to see if private labels ever gain traction in the on-premise world.

BMG: Are you in communication with the growing marijuana industry, and what advice do you have for them?

CW: We regularly communicate with the marijuana industry. My message to them is that if you want to be a legal player in the world, you have to pay serious attention to issues that matter: underage access, driving under the influence, proper labeling. During the legalization debates, many of them had demonized alcohol as a tactic for political expediency, but in the end, they will play in the same arena we do. We may consider legally supporting them if they commit to being a responsible industry and create regulatory regimes that effectively mirror ours and allow for accountability.

BMG: What is WSWA’s position on the current budget cuts to the TTB proposed by the current White House administration?

CW: We have been pushing for increased funding for TTB for the past four or five years now, and we were strongly supportive of the $5 million they received for their label approvals which cut down the process from three to six months to a few weeks. That’s tremendous, especially in an industry trying to innovate.

We’ve also pushed for the trade practice enforcement dollars, which we got last year. Our team of government affairs professionals is out there every day trying to make sure the TTB has the money it needs to do its job. We always support strong regulation, and a clean regulatory environment benefits everybody.

BMG: The creation of the Women’s Leadership Council, as a part of WSWA, has been enthusiastically embraced in the wholesale tier.

CW: It’s been amazing. Catherine McDaniel, our VP of Federal Affairs, came to me a few years ago and said there was real interest in a group that would support women in this industry. She recruited a great team and had it up and running quickly. Diversity in the industry is an issue that our incoming Chairman, Barkley Stuart of Southern Glazer’s Wine & Spirits, will be focusing on. It’s smart business: If you don’t understand how women think, when they represent a majority of the consumer market for our products, you’re going to lose.