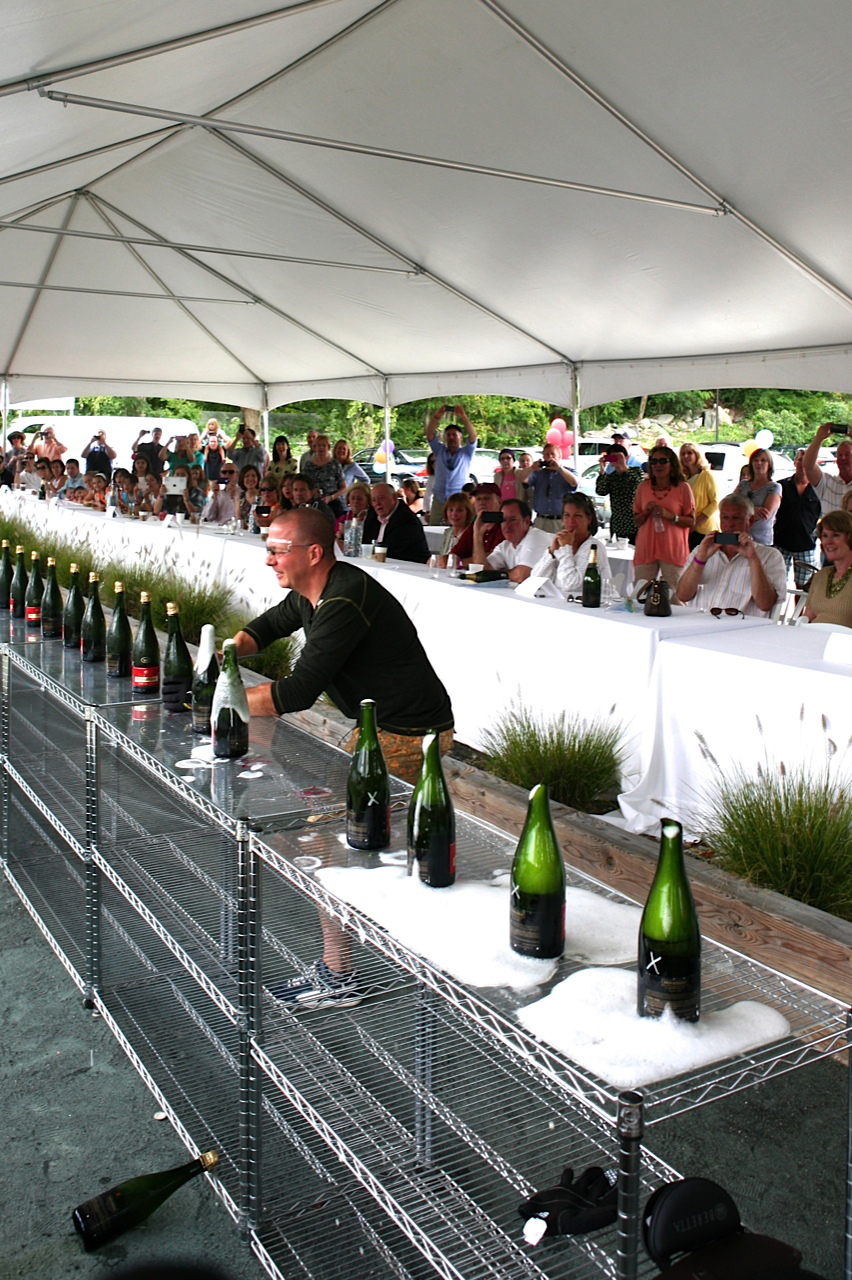 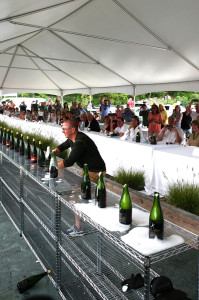 If you’re thinking of taking up the sport of sabrage—chopping off champagne corks with a sword—Mitch Ancona has some advice for you: “It’s a better way to start a party than end it. You should never play with swords at the end of the night,” said Ancona with a laugh.

The Connecticut package store owner made the Guinness Book of World Records on Sept. 8 when he opened 35 bottles of champagne in one minute with a saber, or small sword. Sabrage, also called sabering, is the French art of opening a champagne bottle with a sword, first credited to Napoléon’s Army during celebrations.

Ancona quickly and cleanly sliced the tips off a line of Piper Heidseick, passing only a few on the line, champagne bottles, besting the former world record of 32 bottles held by Julio Chang of Spain. “I didn’t do it to break his record; I did it because it’s friggin’ fun as all hell.”

Ancona first learned of sabrage two years ago when one of his directors of wine, Cody Foster, taught him how to do it. “And the first time you do it well, it’s addicting,” Ancona said. “I like to have dinner parties, and literally, at every party, I’d sabrage or I’d teach people how to sabrage.”

He got the idea to enter the record books when he found the Guinness Book of World Records site had a form you can print out. “I got an e-mail one day saying I was approved, so I said, ‘Cool.’”

More than 100 people showed up to the event, a library fundraiser called “One for the Books,” in Ridgefield outside of Ancona’s Market. Proceeds from the event were donated to the Ridgefield Library. Ancona, a Certified Specialist of Wine, also owns Ancona’s Wines & Liquors in Wilton.