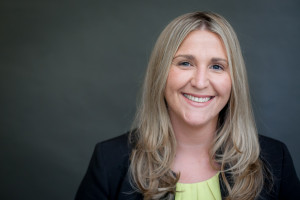 With August closing out and no budget yet in sight, I submitted the CRA’s position on the 1-percent sales tax idea that was floated. The letter was published in the CT Mirror on August 1, 2017. As we continue to work on behalf of our members, here is the letter in its entirety. We also have a reminder about our annual awards dinner, so look for more information there.

The 1 percent tax on restaurant meals is a bad idea

There is a shortage of good ideas at the Capitol this summer as lawmakers try to put together a budget for Connecticut, but there is no shortage of bad ideas.

One of those bad ideas is a plan to allow cities and towns to levy a new tax on restaurant meals as a means to increase tax revenues to municipalities. There is no rhyme or reason to this concept, it is just another random scheme to help lawmakers pay for the promises they have made in the past to get themselves elected.

This new sales tax option will burden small businesses. Whether restaurants are privately owned or part of a franchise system, any action government takes that effectively raises prices hurts small business owners, people who work for small business owners and consumers. In a state that has yet to recover from the recession of 2008, the legislature should be going out of its way to avoid implementing any new policies that would slow business growth.

Connecticut state government has been criticized in recent years for lacking coherent fiscal policy. General Electric and Aetna have both moved their headquarters out of state citing instability in state government and the absence of long-term planning. The proposed restaurant tax proves their point. Take a moment to consider the basis for the idea and the ramifications of the details.

The proposal is meant to aid municipalities that are in deep financial trouble. The mayor of Hartford is considering placing the city into bankruptcy unless the state comes up with tens of millions of dollars for a bail out. The new restaurant tax is one means to raise revenue that can then be sent directly to Hartford.

So the proposed policy, which will effect restaurants and restaurant customers across the state, is being implemented primarily to solve a municipal budget crisis in Hartford, first and foremost. Those legislators supporting this policy want to enact a statewide policy to solve a problem in one town.

Giving cities and towns the option to impose the tax on restaurant meals creates an uneven playing field for competitors in the food business statewide. Municipal leaders in towns in budget crisis will be under pressure to implement the tax, while better managed towns will choose not to. This means restaurant prices in most urban municipalities will go up, affecting customer traffic and customer prices. The plan is unfair.

Taxes rarely go down in Connecticut. While proponents of this new tax may argue it is an optional tax, and a small tax when compared with most restaurant bills, there is no reason to think this tax will not go up in the future. A one percent optional tax this year is likely to become mandatory, and increase in the future, as lawmakers continue their search for new revenue to balance the state budget.

Save the Date: 2017 Salute to Excellence Awards Dinner

The Connecticut Restaurant Association’s Salute to Excellence Awards Dinner is being held Tuesday, November 28, 2017. This year’s dinner will be held at Foxwoods Resort Casino beginning at 5:30 p.m. with a cocktail reception followed by dinner and awards. We are accepting nominations for your favorites now!

We will also present awards to: Friend of the Industry; Vendor of the Year; Hall of Fame; and Restauranteur of the Year.

Please visit our website ctrestaurant.org to nominate your favorites today! We hope to see you at Foxwoods in November to celebrate.