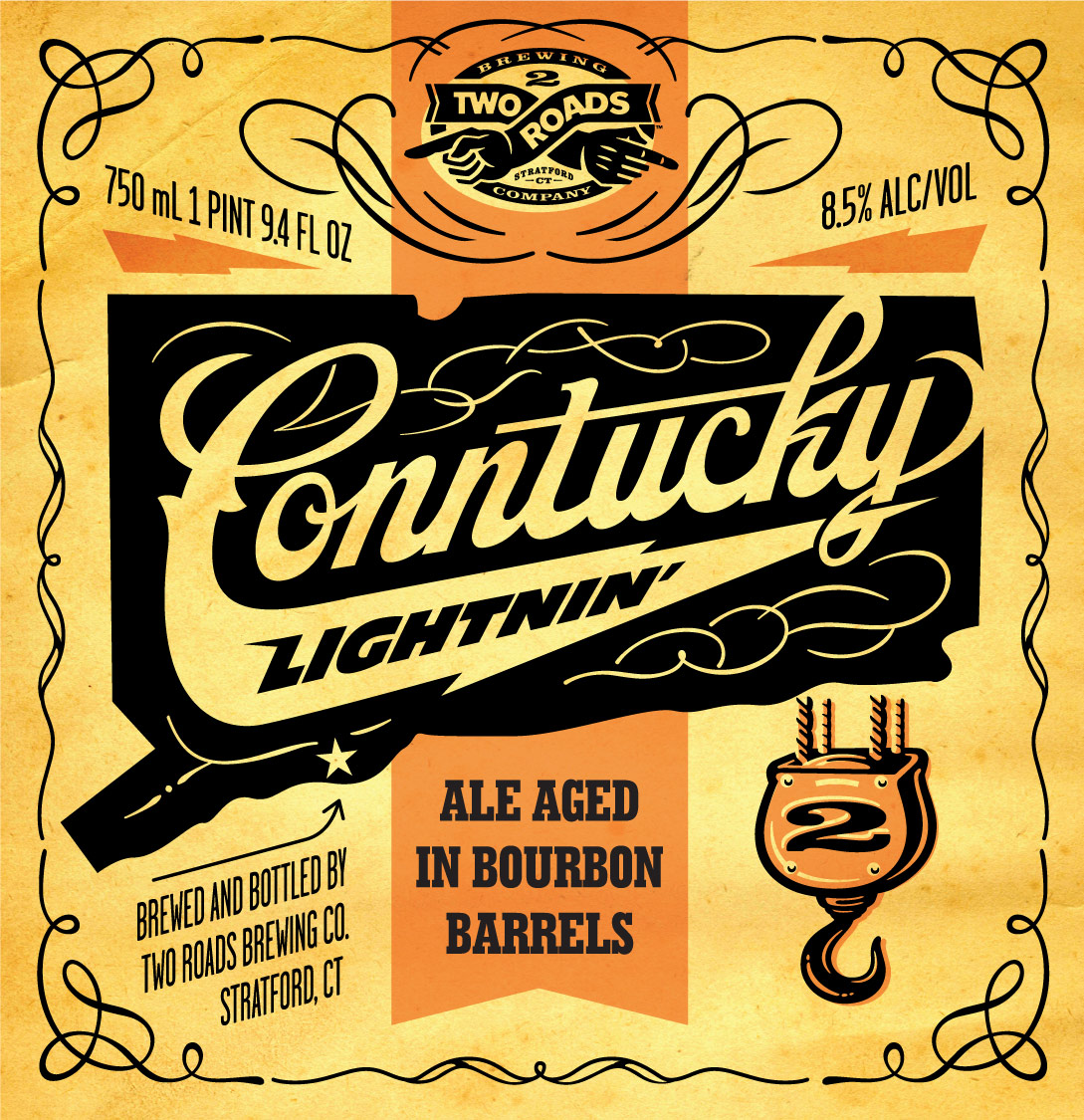 The first Saturday in May is traditionally the day of the Kentucky Derby. The release of Two Roads Brewing’s Conntucky Lightnin’, an ale aged in bourbon barrels supplied from Kentucky, is a” fitting reason to release the beer the same day.” On May 3, 2014. the new beer will be poured in their tasting room in Stratford, CT. 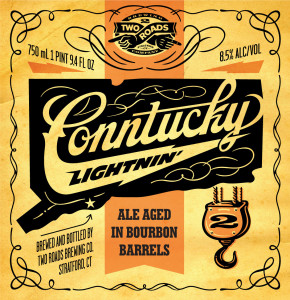 Brewmaster Phil Markowski created the “bourbon-esque” beer, an amber ale made with malted barley and corn grits in the spirit of bourbon whiskey. The brewery sourced barrels from a number of Kentucky distilleries for aging. “Besides the flavor of whiskey, the barrels provide added complexity with notes of vanilla, oak and a faint note of charred wood,” said Markowski.