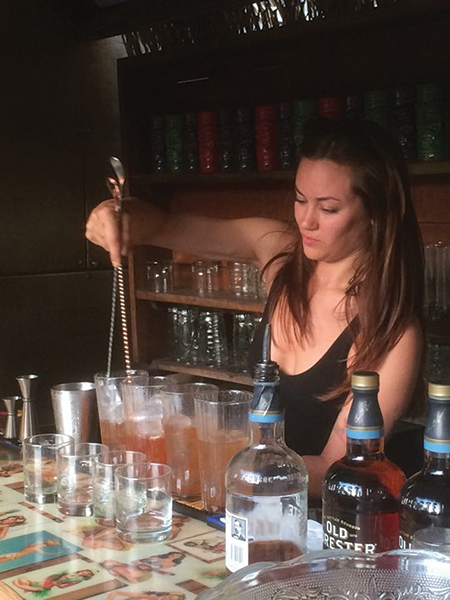 The eighth cocktail competition was held at The Engine Room on July 25 and also featured Old Forester Bourbon. Nikki Simches, Bar Manager at Cure Restaurant, won first place with her cocktail “The Old Kentucky Tea Bag.” The last two rounds of the competition were held at The Loft on August 8 and Max Fish on August 22. A final competition will be held in September at Mezzo’s Grille. 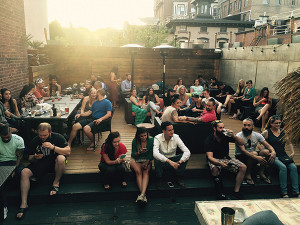 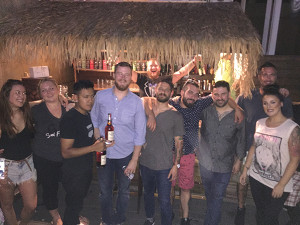 The competitors at the event. 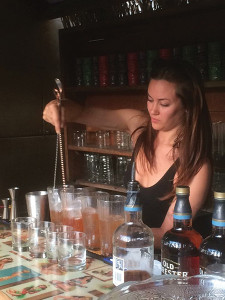 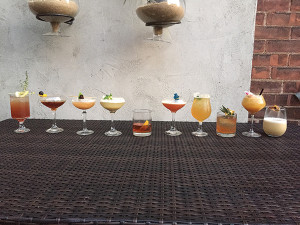 The selection of cocktails made during the competition. 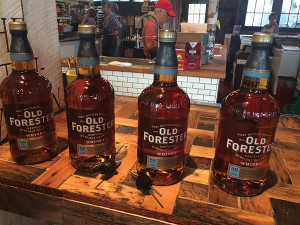 Old Forester Bourbon was the featured spirit at both competitions. The Kentucky brand is the longest running bourbon on the market, at approximately 145 years old. It was first bottled and marketed in 1870 by George Garvin Brown, the founder of the Brown-Forman Corporation. 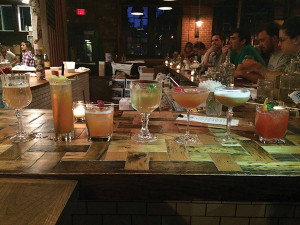 The cocktails created during the July 25 competition. 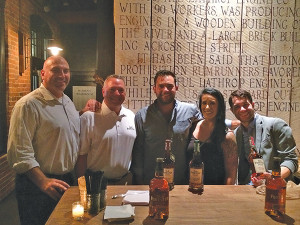