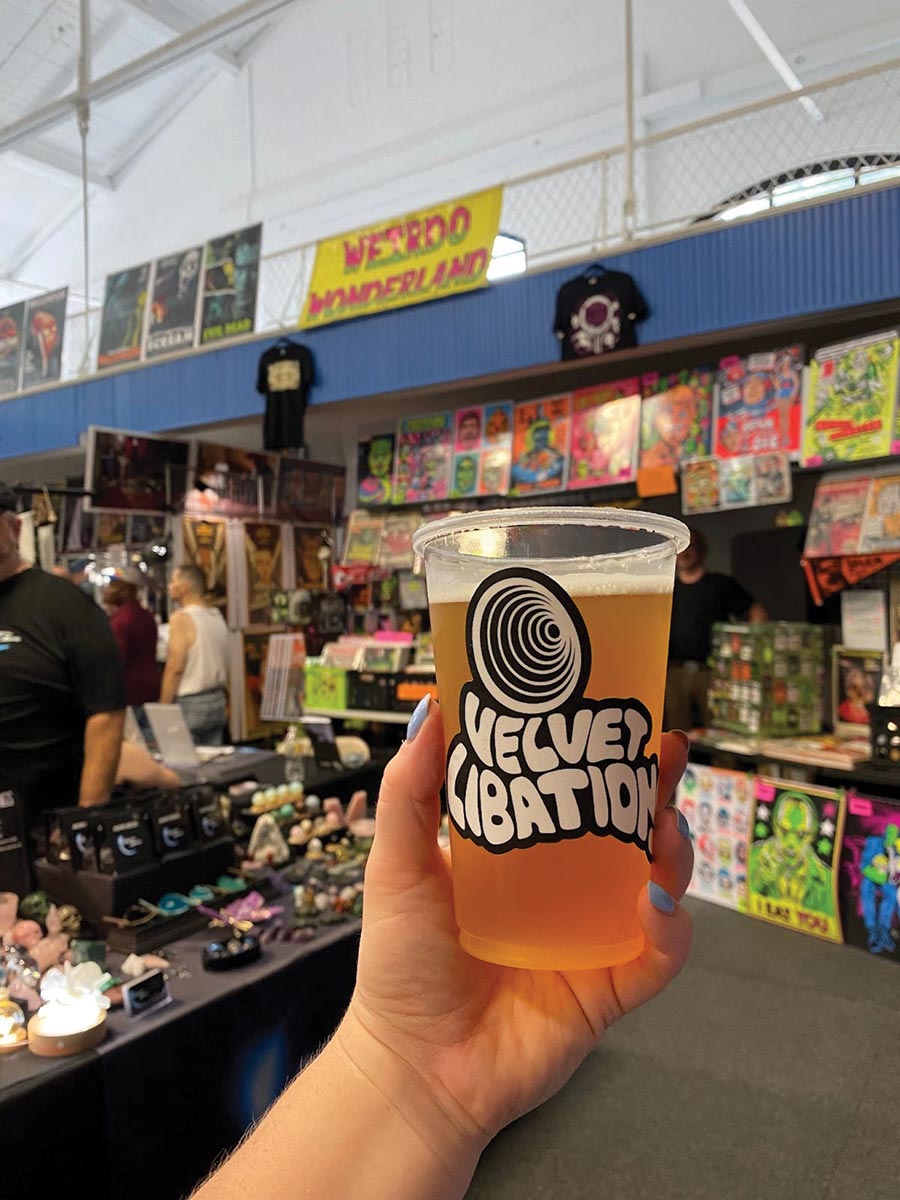 Wolcott’s Velvet Libations shared its Connecticut craft brews during the summer at a variety of events and venues. Among them was the Hartbeat Music Festival Riverfront Recapture benefit at the Mortensen Riverfront Plaza in East Hartford, where the team showcased ice-cold serves on July 8 and July 29. The second was during ParaConn, a weekend-long paranormal convention, hosted at the Ansonia Armory on July 16 and 17, where the team scared up tastes for guests. Part of The Brewery Collective assemblage of fine beers and brands in unique and original taprooms across Connecticut and Rhode Island, Velvet Libations opened in March 2022 in the former location of sister brewing brand Shebeen Brewing Company, which now brews out of Rhode Island. The taproom theme draws inspiration from the early 1960s era and the small, craft beer batches brewed on-site take an experimental twist on traditional recipes. Beers offered include The Invaders, a Kveik NEIPA; A Nice Place to Visit, a Mai Tai sour; Black Leather Jackets, a Kveik lager; Nightmare at 20,000 Feet, a Wild Cherry ale; You Drive, a Radler; and The Whole Truth, a Flemish red, all sold through self-distribution in Connecticut. 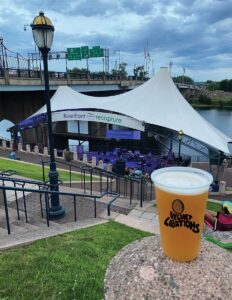 The Hartbeat Music Festival Riverfront Recapture benefit at the Mortensen Riverfront Plaza in East Hartford in July, where A Nice Place to Visit, a Mai Tai sour, and You Drive, a Radler, were available. 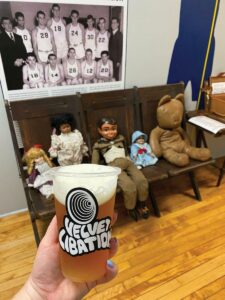 Velvet Libations at ParaConn paranormal convention at the Ansonia Armory on July 16-17. 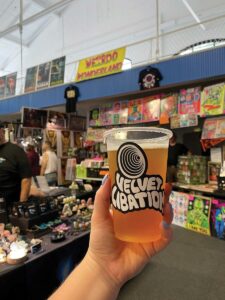 ParaConn visitors enjoyed A Nice Place to Visit, a Mai Tai sour, and You Drive, a Radler.