Westford Hill Distillers Opens to Public for the Holidays 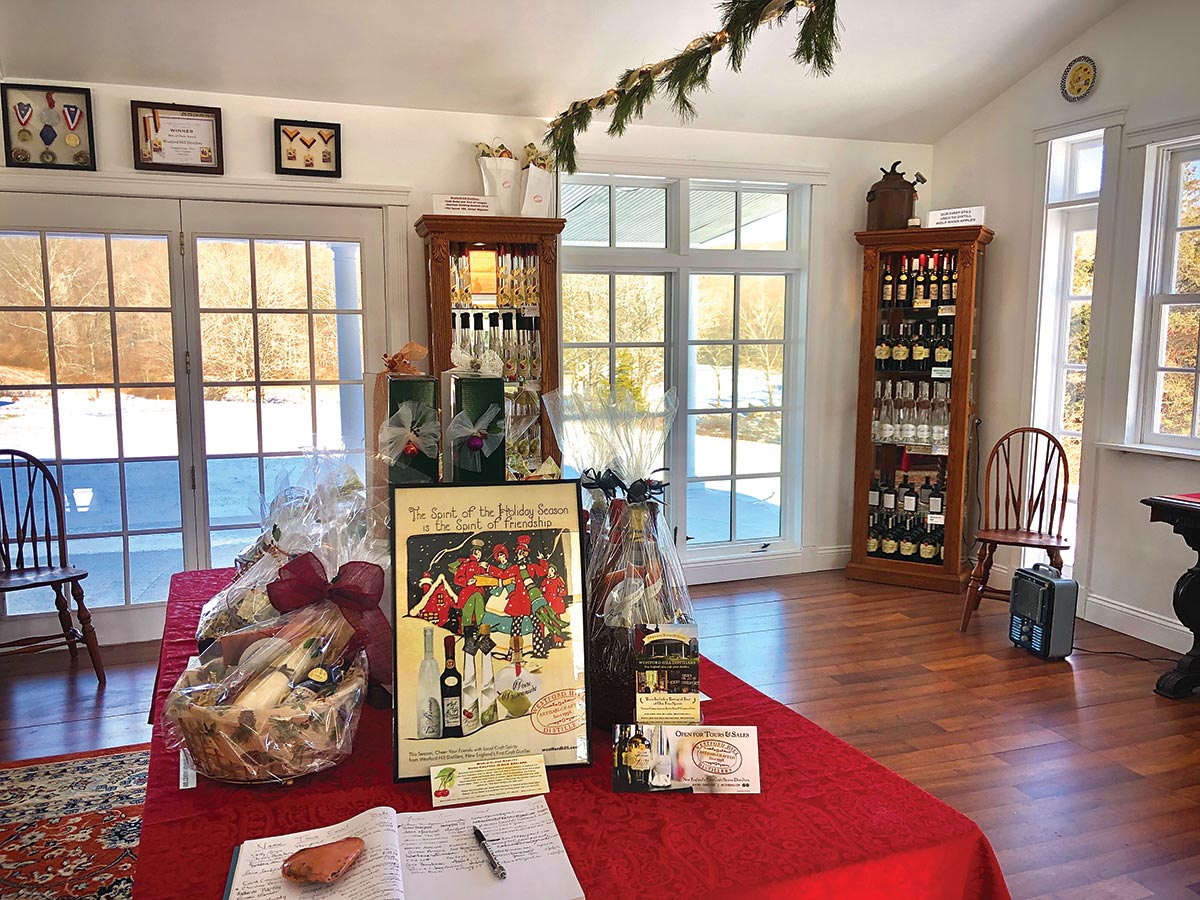 Westford Hill Distillers welcomed the holidays in December by hosting an Artists’ Open Studios weekend with Tolland-based native Romanian artist Liviu Cupceancu, showcasing his handcrafted wooden sculptures and block prints alongside the Westford Hill liqueurs and spirits line at the distillery’s Ashford, Connecticut, visitors center. The 2019 holiday season was the first year that the distillery opened to the public for tastings and demonstrations of craft distillation, as well as private events, with guests purchasing spirited gift baskets and merchandise. From its 200-acre property owned by the Chatey family since 1919, Margaret and Louis Chatey founded the distillery in 1997, creating their award-winning European-style brandies, including Framboise, Pear William, Kirsch, Fraise, Poire Prisonniere, Apple Brandy, Rime Organic Vodka and Westford Gin. The brand is distributed in Connecticut for retailers and on premise by Slocum & Sons. 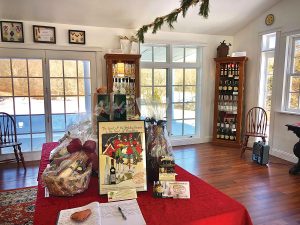 Westford Hill Distillers opened its doors to the public for tastings and demonstrations of craft distillation during the 2019 holiday season. 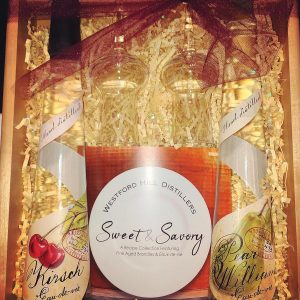 One of the original pioneers of the craft distilling movement in the U.S., Westford Hill Distillers has received international recognition, receiving the award of Eau-de-Vie of the Year at the Berlin International Spirits Competition. The distillery was also selected by the Smithsonian Institution to represent craft distillation as part of their History of Food series. 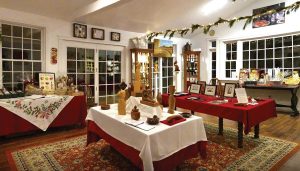 The distillery showcased the works of Romanian-born, Tolland-based artist Liviu Cupceancu as part of Artists’ Open Studios in Northeastern Connecticut. 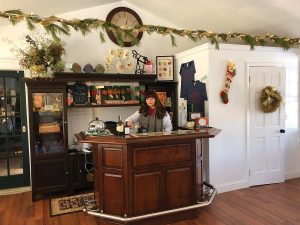