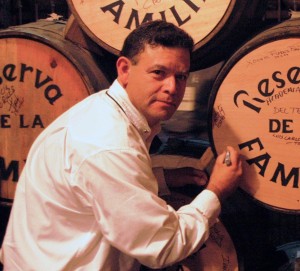 The Craft Beer Industry over the past 10 years has gone from a home brewers niche to a national phenomenon in the United States. Micro breweries number in the hundreds, each one with its own character and style. Some with extensive barrel aging programs which produce some of the most complex and finest craft beers in the market place. Home brewers have become the brew masters of tomorrow.

The styles being produced are limitless beyond imagination. Combinations of spices from our own kitchens and stores, now make up a major part of a beer recipe. Everything from chocolate malted grain, dehydrated orange peel to vanilla beans; the list can be endless!

In 1994 I jumped into one of the fastest growing spirits markets, the tequila industry. I am not a brewer; I am a Master Distiller, with a very vivid imagination. 15 years ago an idea was born while harvesting agave (agave tequilana weber). It was hot; we were drenched in sweat from the long day in the hot sun. All I could think about was having an ice cold beer. Then it hit me, an Agave Beer! How refreshing would that be. Unfortunately no one at the time was interested in the idea. Fast forward to the present.

Not long ago I met a young home brewer, Stuart Long, at one of the local breweries in San Marcos, CA. We became very good friends. I approached him with the idea and we began to look at which beer recipe would compliment the agave. We settled on an American Brown Ale. The beer was made with agave and an agave mosto (a fermentable wash used to make tequila). We were ecstatic! It was light and refreshing with great taste.

Since that time, we have gone to a local microbrewery and produced in collaboration, two agave style beers with those ingredients: an Agave Saison and an Agave American Brown Ale. Other agave beers have also hit the market since then, using agave syrup which is another type of fermentable sugar. Agave syrup, whether raw or in varying grades, is required to be refined by the Federal Drug Administration (FDA) if being used for human consumption.

This brings us to the question. When is an Agave Beer an Agave Beer? The answer: when the beer is made with agave and agave mosto. How else do you get the agave presence in beer.
The agave needs to be baked correctly and accordingly for the style of beer. The mosto must also be made as it is, at the distillery in Mexico. Proportions of water to agave nectar must be correctin order to achieve the proper ratios for the mosto. 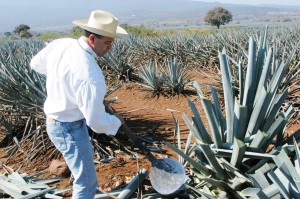 When a brewer uses agave nectar/extract in his/her recipe, you are adding a fermentable sugar that has been refined, regardless of the grade. The agave flavor is no longer present.
So if it doesn’t have agave in it, it’s not an agave beer.

With the rise of both the craft beer and tequila industries, I see an enormous potential for future collaborations between Master Brewers and Master Distillers. Currently I am not in collaborationwith a brewery but will expand more on a collaboration in the very near future. The categories are limitless if you just let yourself think outside of the box—or shall I say, “beyond extracts”—and go for the fresh ingredients.