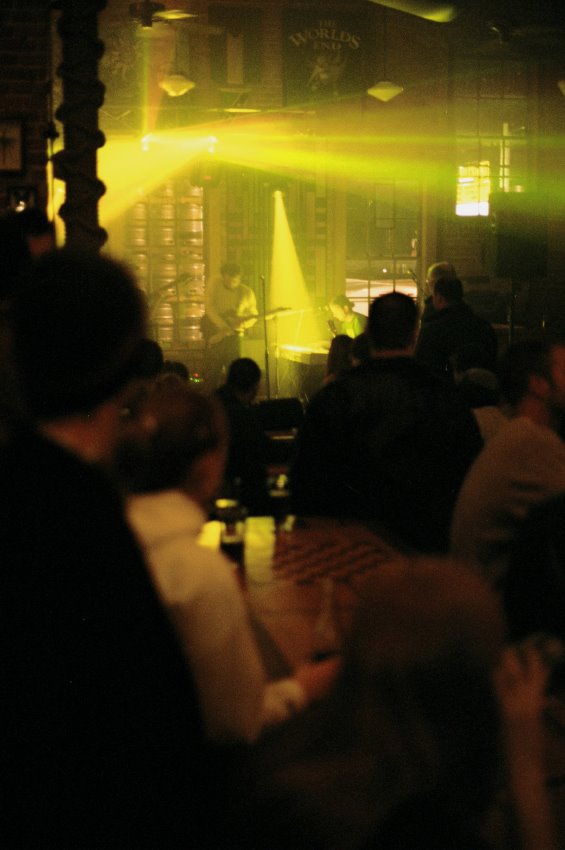 Readers of this column are used to hearing my thoughts on how to best conduct yourself as a liquor license holder, so as to not run afoul of Connecticut’s state liquor licensing laws.

But there is another kind of license that liquor license holders may want to become familiar with, and quickly, rather than find themselves in court being sued for copyright infringement: a musical performance license. A series of lawsuits targeting several Connecticut restaurants has brought the issue into focus in
recent weeks.

You might think “music is free,” especially when played on the radio. If you are listening to music on the radio, driving alone in your car, that is, in most cases, correct. If you are a restaurant, bar, or other gathering spot, and you have the radio playing for your customers, or have a live band playing a popular song, it is possible that you may need a musical performance license from Broadcast Music, Inc. (BMI) and the American Society of Composers, Authors and Publishers (ASCAP).

Under federal copyright law, if the playing of a song is considered a public performance, the restaurant or bar has to pay for rights to publicly play that song. The law is a convoluted one, and there are some exemptions, but as a number of Connecticut restaurants have recently learned when they were sued by BMI for copyright infringement, ignoring this issue may prove very expensive. Court settlements can run in the tens of thousands of dollars.

Both BMI and ASCAP represent the songwriters and other performers; and at issue is their right to be compensated by those playing their songs. The two entities sell musical performance licenses, authorizing the holder of the license to play their members’ works. BMI’s website states that it has issued 650,000 licenses to use its members’ 8.5 million works, which it says amount to 50% of the songs heard on radio. ASCAP provides less information on its website, but it seems to be an equally sizeable player in this industry.

Restaurant owners who have contacted me allege that they have been told by these entities that playing the radio as background music in their restaurant is a public performance, and a license is necessary.

Depending upon the size and nature of your establishment, you may qualify for the exemption given under the law, which would allow you to play broadcast radio in your establishment. To qualify for the exemption, your facility would need to serve food or liquor, not charge a fee to listen to the radio, and have less than 3,750 square feet of space.

If your space is more than 3,750 square feet, you would still qualify for the exemption if you have no more than six speakers, with not more than four speakers in any one room. Yet even if you do qualify for this exemption, it only applies to playing broadcast radio, and you would still need to obtain a blanket license for playing CDs, MP3s, or other recorded music, as well as for live performances, such as by a band you, or one of your customers, may hire to play at your site.

Given that BMI, ASCAP, and others each have their clients, and no single one of them represents all of the industry, it may be necessary to buy a license from each, to cover the multiplicity of musical works that might play in your establishment.

No question — this is going to get expensive to insure that you are covering your bases and aren’t opening yourself up to a copyright infringement lawsuit.

The filing of these lawsuits by BMI here in Connecticut, and the sizeable settlements involved, signal that every restaurant and bar owner who has not looked at this issue in the past needs to do so now.