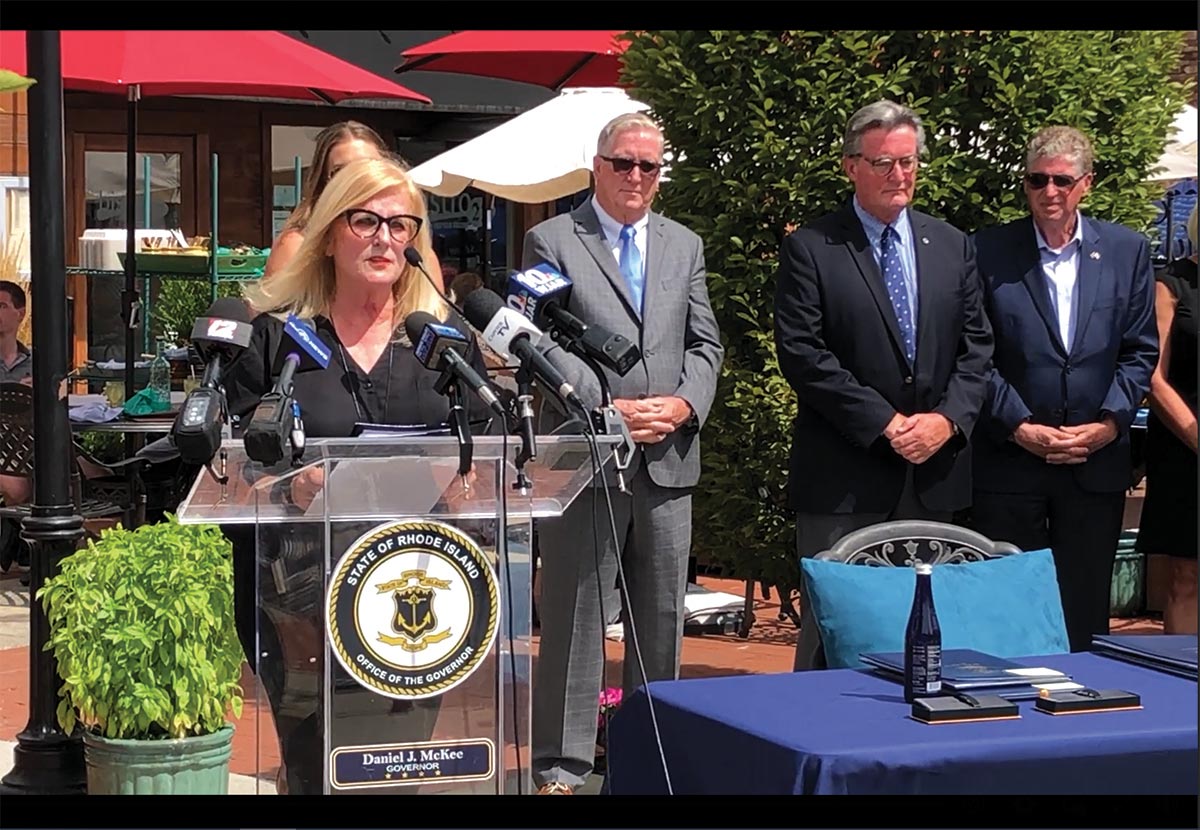 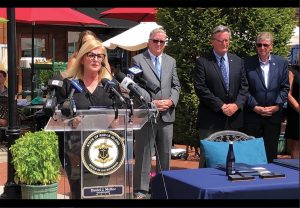 The Rhode Island hospitality community celebrated new legislation benefiting local restaurants when Governor Dan McKee formally signed two bills into law at Chaska restaurant in Cranston on Aug. 16, flanked by hospitality community members and workers. The Alcohol-To-Go Bill permits restaurants to continue selling alcoholic beverages with takeout orders. The Third-Party Delivery Bill gives restaurants protection by forbidding delivery services to list menus and venues without their consent. Dale J. Venturini, President and CEO, Rhode Island Hospitality Association, gave remarks during a press conference following the signing. Venturini thanked Gov. McKee and lawmakers during her remarks. “The one thing that’s most important to me is what these two bills mean,” Venturini said. “They are pieces of a much larger recovery puzzle for the hospitality industry. Everything that we’ve been going through, it’s been piecemeal, and finding little bits of this and that just to get a little bit more ahead of the game in the industry, and these two bills were the largest pieces right in the middle of that puzzle.”