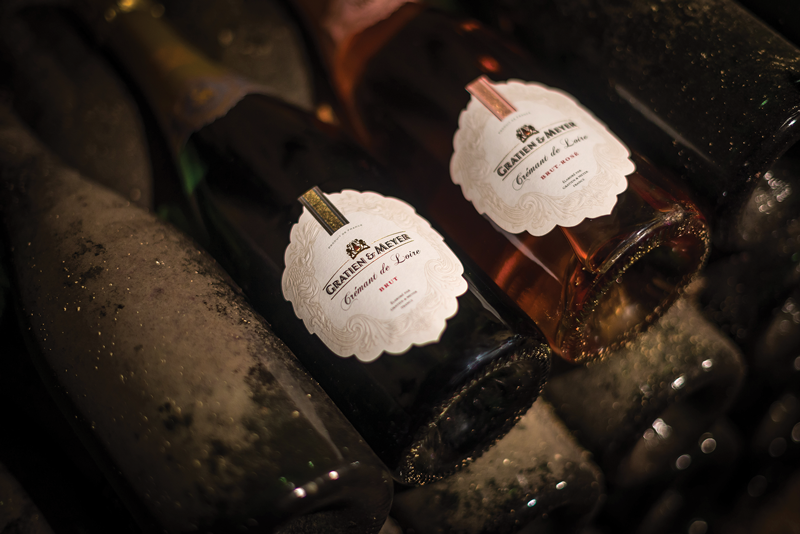 While winemaking in France is ancient, the Crémant d’Alsace appellation was only made official in 1976; Lucien Albrecht, whose vineyards are seen here, was one of the original producers helping Crémant d’Alsace gain official status.

Crémants From Across France Offer Both Value And Discovery

As sparkling wines continue to soar in popularity, more buyers and consumers are looking to traditional method alternatives to Champagne. While Cava, Franciacorta and California sparklers are frequent selections, many point to French Crémant as the closest value option to Champagne, as the categories share a country of origin. The eight Crémant appellations in France (plus one in Luxembourg) span most of the country’s major wine regions, using local grapes and the traditional method of sparkling winemaking to make high-quality, high-value bubblies.

“I believe Crémants let consumers have ‘Champagne light’ at half the price of a good Champagne,” says Michel Abood, the owner of national wine importer Vinotas Selections, who brings in one Crémant de Bourgogne. “It makes bubbles more accessible, which is always a good thing in my mind.”

Crémant, a term initially used by Champagne producers for wines with less effervescence, was adopted widely throughout France after a 1985 agreement—sparkling wine producers from other French regions would stop using the term méthode Champenoise, and Champagne producers would give up the term Crémant. But many of these regions have long histories of making traditional method sparkling wine, and the first Crémant appellations—Crémant de Loire and Crémant de Bourgogne—were awarded in 1975.

Though each of the Crémant appellations have separate designations surrounding grape varieties allowed and legal boundaries, they all agree to meet certain shared regulations set by the Institut National de l’Origine et de la Qualité (INAO), including hand harvesting, inducing secondary fermentation in the bottle, and aging for at least a year in bottle before release, nine months of that time spent on lees. This creates a spectrum of sparkling wines that have a base level of quality, yet still span a wide range of styles and prices.

Beyond discovery, Crémant also offers value. “Crémant wines punch above their weight,” says Jen Pelka, owner of The Riddler in San Francisco and New York. “If you pick up a bottle, you’re likely to find a good quality wine at a much more affordable price point than Champagne.” That allows for plenty of budget flexibility to explore these white and rosé sparkling wines from across France.

The Saumur and Vouvray regions of the Loire Valley were some of the first outside of Champagne to use the term Crémant for their sparkling wines, and the Crémant de Loire region was the first of the Crémant AOCs approved, in 1975. The Crémants, made from grapes like Chenin Blanc, Chardonnay, Cabernet Franc, and Pinot Noir, accounted for just 5.9% of Loire Valley wine in 2017, though it is one of the three largest production Crémant appellations. Gratien & Meyer Crémant de Loire is reliable and well distributed.

Crémant can be produced throughout Burgundy, from Chablis to Beaujolais, and is made from the Chardonnay and Pinot Noir grapes that dominate these vineyards, along with other varieties; even Gamay is allowed, though it may only have a minority stake in the blend. “Crémant de Bourgogne is appealing to me because it’s quality wine from Burgundy I can afford,” says Alisha Blackwell-Calvert, sommelier at Elaia in St. Louis. “I like that the wines typically mimic Champagne: yellow apple notes, hazelnut, toast, or brioche, with a soft mousse.” An average of 11% of Burgundy is Crémant de Bourgogne, making it a widely available option. Two standouts: Simonnet-Febvre Crémant de Bourgogne and Albert Bichot Crémant de Bourgogne.

“More than half of all Crémants in France are made in Alsace,” says Pelka. Indeed, Alsace produces about 2.5 million cases of Crémant per year, accounting for a quarter of all wines produced in this region. Local varieties like Riesling, Pinot Blanc, and Auxerrois are used for Crémant d’Alsace, and any rosé must be entirely made from Pinot Noir. Because so much Crémant d’Alsace is made, it can range from clean and aromatic to rich and toasty. Reliable producers: Lucien Albrecht, Dopff & Irion.

Located in the Rhône Valley at altitudes of about 400 meters, Crémant de Die has the smallest production of the French Crémant AOCs at 1,700 hectoliters. Historically based on the Clairette grape, Crémant de Die may also blend in proportions of Aligoté and Muscat Blanc à Petits Grains to make white sparklers only.

Roughly 16% of Jura AOC production is Crémant, primarily based on Chardonnay, Pinot Noir, and Trousseau, though varieties like Savagnin and Poulsard are allowed. “Crémant du Jura appeals to my geeky side,” says Blackwell-Calvert, “because it tends to show more earth tones than some of the other Crémant producing regions.” Tissot is one label to look for.

The newest Crémant appellation, Crémant de Savoie was approved in 2015 and is currently being made by 43 producers. The wines must be based on local grapes Jacquère and Altesse and may be blended with Chasselas, Aligoté and Mondeuse. Of the relatively small production—just over 4,000 hectoliters—very little is exported.

The southernmost of the Crémant production areas, Crémant de Limoux is primarily made from Chardonnay and Chenin Blanc, with Mauzac and Pinot Noir. Over 45,000 hectoliters of Crémant is made in these relatively balmy, coastal vineyards, typically created for youthful consumption. Prime examples: Côté Mas Crémant de Limoux; Gérard Bertrand Crémant de Limoux.